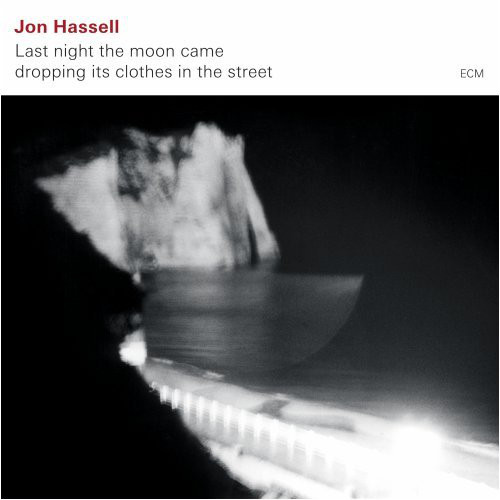 Jon Hassell's first ECM recording as a leader is long overdue, but it is an understated ambient percussion mix consistent with the acclaimed trumpet player’s most pervasive recordings. Tone and rhythmic backdrop are perhaps the two most important elements Hassell espouses from his knowledge of how to bring the best game from a sympathetic ensemble to set slack mood and atmosphere. The album’s ten tracks range from sonic sculptures like “Time and Place,” which features a backwards horn that introduces what I would associate with an African oblique skyline. While wading deeply though the disc, one can easily capture glimpses of the Miles Davis’ catalog (suggesting consistent references not only to the groundbreaking In a Silent Way but also the underappreciated soundtrack to the film Siesta). Watery piano and slight jazz inferences along with Hassell’s trademark interjections are the highlight on “Abu Gil.” Violinist also has a cool little serpentine gypsy role on the song too. The title track implies the odd Brian Eno touch as well pushing a slow tempo that disappears into musical ether. Plus Jan Bang’s adept live sampling gives the overall recording a creepy but relaxed presence. Guitarist Eiven Aarset contributes to the last three pieces including “Blue Period,” a well crafted airy artsy ballad, while “Scintilla” is perhaps the most overtly positive jazziinflected piece in the set, with bassist Peter Freeman rumbling through the sonic map. Overall it’s a smooth and careful journey for this ambient pioneer and his skilled ensemble.