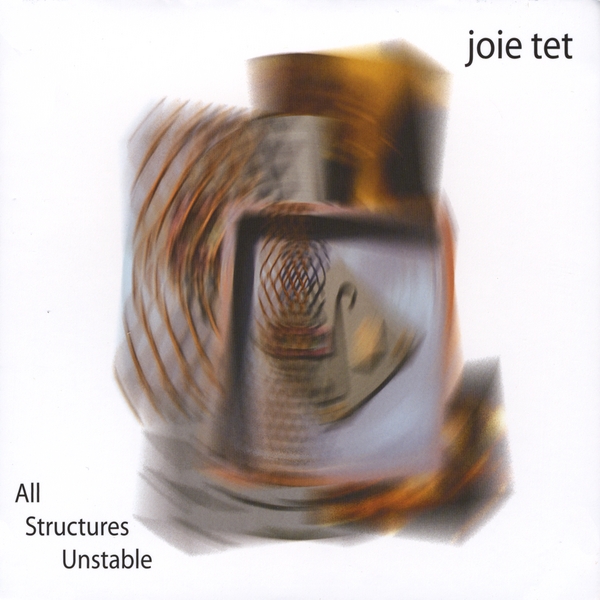 It starts with an aggressive riff on the bari sax run doubled an octave lower with a harmonizer; a bit later you get a distorted melody played on an instrument you can't quite identify from the sound – it's distorted and has a sharp attack, but doesn't quite fit with a keyboard or guitar. A look at the credits tells you it's a vibraphone, but this sure isn't Lionel Hampton or Milt Jackson. One track pairs a natural vibe sound with flute and a latin-inflected beat, providing a feeling similar to the very first incarnation of Chick Corea's Return to Forever. Leader James DeJoie handles alto sax and clarinet in addition to the bari and flute, and has quite a fondness for using effects on his instruments. Vibist Evan Buehler uses effects too, though more sparingly. The quartet is rounded out with drums and electric bass, and the music drifts between arrangement and improvisation freely. Elements of chaos, which appear from time to time, are offset by moments of quiet beauty; tempos vary from serene (with brushes on the drums) to frenetic, and include odd meters and touches of funk. This is quite a satisfying example of contemporary jazz, adventurous and willing to tackle anything. The CD finishes with a change-of-pace vocal tune featuring Alicia Allen, violinist of Moraine. DeJoie has recently joined Moraine (replacing the cellist), but Joie Tet remains a going concern, sure to produce more great recordings like this one.