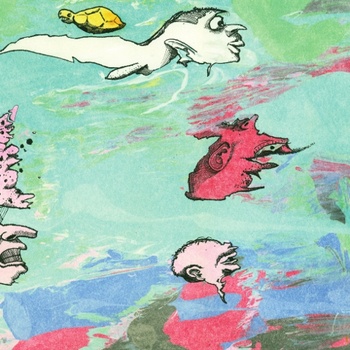 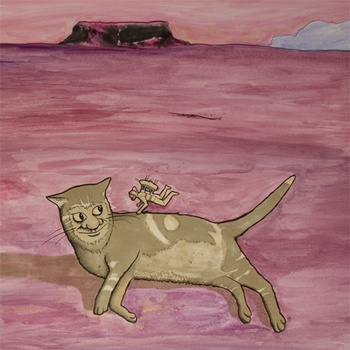 Currently based in Seattle, by way of SoCal, Johnny Unicorn produces a twisted and offbeat take on progressive art-pop, which is at once intelligent and ambitious, full of brilliant writing, arranging and musicianship, quirky humor and absurdity, all juxtaposed into what should be an incongruent whole that ultimately works surprisingly well. These are his two most recent of five releases (where have I been? ), both challenging and eccentric throughout. On the earlier disc Sweet Edith Manton, Unicorn plays all the instruments (guitars, bass, all keyboards – including Mellotron – and vocals) save drums, while the newest Thinking Hard... features a large cast of guest musicians, including Phideaux Xavier and Brian Woodbury, both of whom should be somewhat familiar to Exposé readers. Sweet Edith contains an album side's worth of shorter cuts in the two-to-four minute range, followed by the side-long five-part title suite. Thinking Hard is a double length album, a dozen songs divided into four 'sides,' which get more interesting as the disc progresses, culminating with the seventeen minute closer "Don’t Wait," a cornucopia of bizarre contrasts and vivid execution. There's plenty of great music here that deserves attention, recommended for those who enjoyed early 10cc, Godley & Creme, Gentle Giant, Zappa, and more contemporary bands like They Might Be Giants or Modest Midget. He currently performs live with the trio Plack, Smith and Unicorn. Both discs highly recommended.