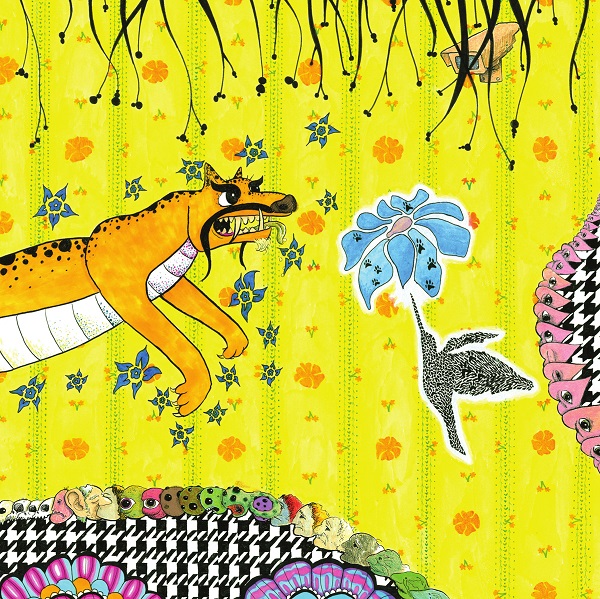 The Seattle based composer, arranger and multi-instrumentalist has done it again, this time combining his penchant for silly art-pop and progressive rock into an what he claims to be “…the world’s first progressive rock exercize album.” I didn’t even bother to check out this claim; although I know several albums that feature individual songs that could fit that description, I’m unaware of any full albums that were created to be such. Two fourteen-minute cuts are crafted to be background music for aerobic workouts, or so it is said. I’ll give it to Unicorn on the first one “Sadness,” which with its steady bouncy beat certainly qualifies, and its arty and angular melodies, constant changes, and arrangements give it progressive rock cred as well. The second cut “Companionship” is another matter, at least on the aerobic scale; for many parts of it there is a steady beat, but there are too many changes in the meter and dynamics, and more parts where it just moves to quiet piano or guitar based instrumentation (although the steady beat may pick up after a bit). That said, it is the more interesting of the two longer pieces. Unicorn plays all the instruments himself, and sings all the lyrics with some help from Naomi Adele Smith (who plays keyboards in the live trio version of the band). It doesn’t surprise me that Unicorn also plays with Phideaux when he’s in Los Angeles, as there are many similarities in approach, no doubt some cross-influence. The disc ends with two shorter cuts, “Sadness – Companionship Remix,” and “Companionship – Sadness Remix.” These, despite their shorter length, are certainly more interesting, as they don’t even try to maintain the steady beat. In all, Unicorn’s high standard for quirky art-prog is maintained throughout, amid this interesting overall concept.

Alex, Sittin' on the Couch with His Hand