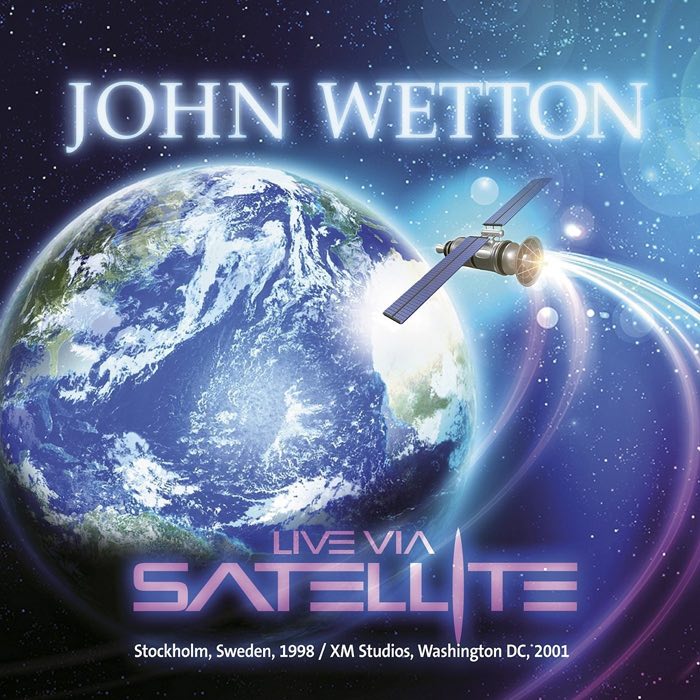 With his untimely passing in 2017 there’s been renewed interest in all facets of English musician John Wetton’s career, including his work as a solo artist. From his first solo album (1981’s Caught in the Crossfire), Wetton showed an ever-growing affinity for the life of a singer songwriter. His songs took on a more personal and introspective point of view, so it’s no wonder that he sounds comfortable performing before small audiences on the two dates captured on this two-disk set. Disc one was a 1998 performance at Sweden’s Grona Lund amusement park while disc two was recorded in XM Radio’s Washington DC studios in 2002. The set lists for both shows is similar, spanning Wetton’s time in King Crimson, UK, Asia, and his solo releases. Almost every song is performed as a solo vocal with accompaniment provided by Wetton’s “trusty” Yairi acoustic guitar. On a few songs — “30 Years” most notably — he is also backed by recorded synths, and “Rendezvous 6:02” is delivered sans guitar against a taped piano backing. The recordings are pristine and Wetton sounds good throughout, but don’t expect Pete Townshend-like acoustic fireworks. He’s a competent player, but I can guarantee most of you have heard better. The rock and roll lifestyle and subsequent health challenges had already taken their toll on his distinctive voice before these recordings, although here too he acquits himself well. The more difficult moments in songs like “Starless” are delivered with confidence and control, if not finesse. Because of the redundancies in the set lists — plus some rough edges in the performances — I’d place this in the “for fans and completists only” category. Still, Wetton deserves to be remembered and it’s good to see the more recent aspects of his legacy being made available to the public.