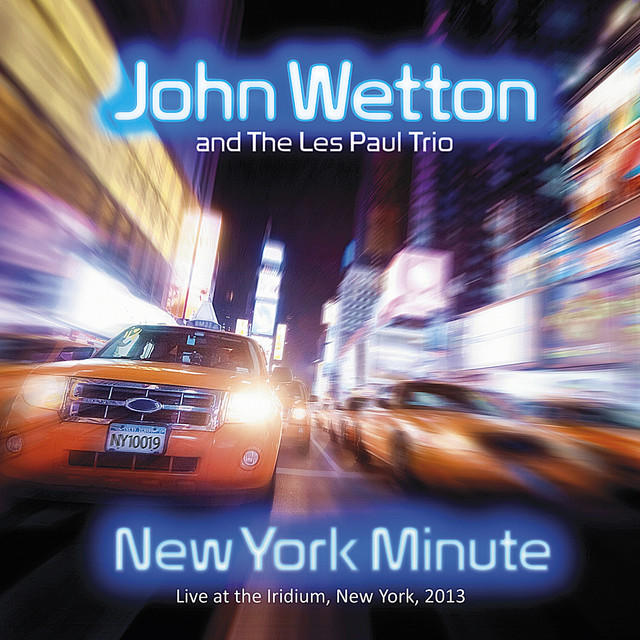 On October 14, 2013, John Wetton appeared at the Iridium club in New York City to perform at a benefit for prostate and testicular cancer research. Because the audience weren’t all familiar with him Wetton opted for a set consisting mostly of covers, including Steely Dan’s “Do It Again,” Brian Wilson’s “God Only Knows,” and Don Henley’s “New York Minute.” Backing him was the Les Paul Trio — a competent but somewhat under-rehearsed combo. Guitarist Lou Pallo is largely inaudible throughout the set, and other than her occasional backing vocals it’s often hard to hear bassist Nikki Parrot. Fortunately pianist Rodney Holmes is mixed well and he and Wetton pretty much carry the lightweight arrangements. Wetton finished with two of his own songs, “Heat of the Moment” done ballad style, and “Battle Lines,” also taken down a notch. These are the most successful performances in terms of giving Wetton a vehicle to demonstrate his vocal talents. Unfortunately his take on songs like “Lady Madonna” and “What’s Going On?” are out of his comfort zone and when his vocal rises to a shouted bluster he’s not doing the material (or the audience’s ears) any favors. The collection clocks in at just 38 minutes which may have been all the time Wetton had, but as such this disk can really only be considered a memento of a worthwhile event. His contributions were warmly appreciated and any new fans made that night were hopefully encouraged to seek out other examples of this fine musician's music.