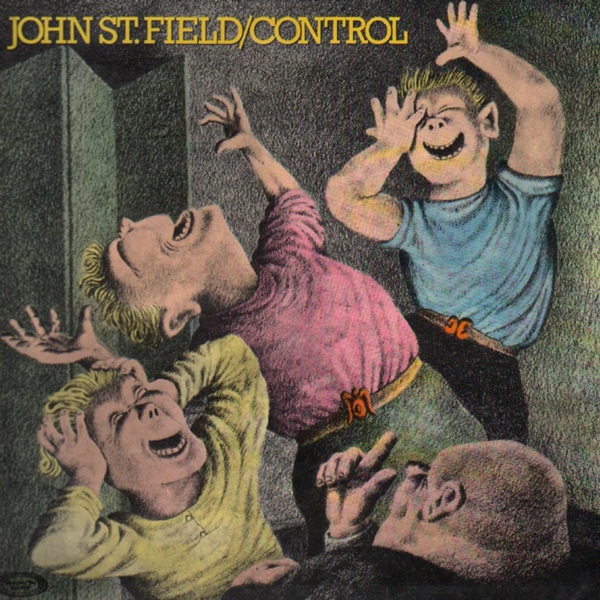 This 1975 release by Scottish folkster St. Field was released only in Spain, originally on the renowned Movieplay label. I don't know if St. Field actually lived in Spain (all the musicians are British), though it is possible. In any case, I doubt that this particular album would be of general interest to this magazine's readership. The primary sound is of electrified (and occasionally, as on "I'm Always a Prinlaws Boy," not so electrified) British-styled folk; not about to give Fairport Convention a run for their money, but nice. There are also touches of blues, light rock and even some space-rock on one track. Guitars predominate, acoustic and lightly-strummed electric, alongside flute, sax, Farfisa organ, and the odd Moog synthesizer. St. Field oddly enough very closely resembles Joe Jackson vocally! There are only two tracks that are of any real interest here. The first, the ten-minute "The Problem," most closely resembles Jethro Tull, from its blues-inflected verse to the flute-led jam at the end. The other, "Dune Voices," while quite short, is probably the best track on the album. It's a sound collage of filtered white-noise overlaid by backwards voices. Beyond those two songs, however, it's hard to see how this album relates to progressive rock, and had it not been released on such an eminent label it probably would have received little to no notice at all.