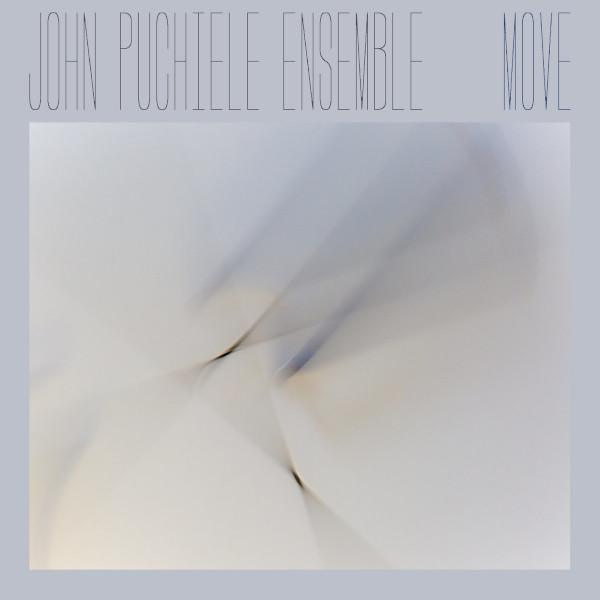 Toronto based composer John Puchiele’s ‘ensemble,’ like the earlier disc Life Cycle that we reviewed around six years ago, appears to be a purely solo project, as no other musicians are credited. All composition, production, recording, and instruments credited to John Puchiele. Move features eight tracks of varying length, the earlier cuts offer a sort of quasi-orchestral / chamber sound performed with multiple layers of synthesizers, sounding appropriate for motion picture soundtrack purposes, although there’s nothing in the notes that states that as its purpose, it just sort of has that feeling. The first three cuts, “Move I,” “In Between,” and “Move II” tend to fit that description to a tee; the compositions are massively orchestral and majestic, yet one can’t help thinking that a real orchestra would have served the compositions and arrangements much better than this overly synthetic alternative, but still, the pieces stand strong even as they are. With the next couple cuts, “Floating” and “Slide,” we begin to proceed into more ambient territory, subtle compositions with gentle arrangements that float into the listener’s psyche. “Stepping” offers a bit more structure amid the minimalism of the moment, as the piece builds on a simple idea as the arrangements grow and build to its conclusion, overall the most satisfying cut of the bunch. “Walking On” moves back into a chamber type sound, though colorfully melodic, while closer “The Last Embrace” drifts freely with overlapping shimmering chords to its eventual fade-out. While the first three pieces presented are very different from the remainder of the album, and a listener may find Move to be a bit inconguous as a whole, each piece taken on its own stands strong.

The Tractor's Revenge - Othello – Tractor’s Revenge is a four piece act which embraces the darker side of gothic progressive rock much in the vein of Belgium’s Universe Zero. Led by Avi Bellili, the twelve pieces on this recording...  (2005) » Read more