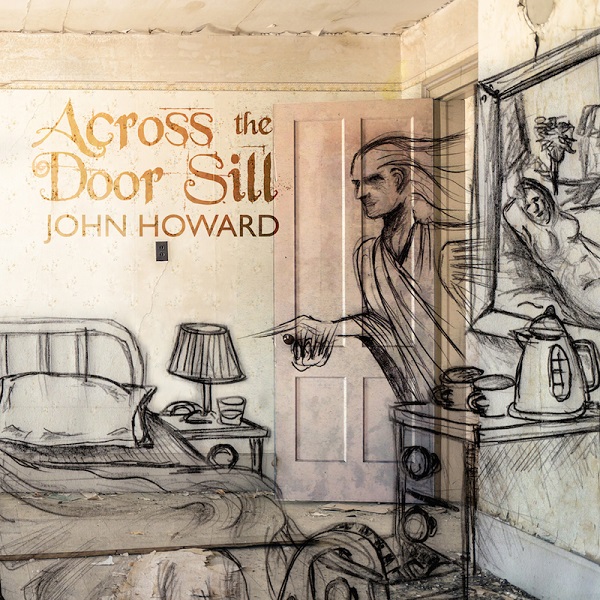 John Howard is a new name to me even though his musical career began in the mid-70s, went on hiatus in the mid-80s, and reignited in 2004. He has some 15-odd releases and Across the Door Sill is his latest. John composed all the songs in a stream-of-consciousness fashion starting with the lyrics. Then he sat down at the piano and used the same technique for composing the music. This was a new approach for John. In the past he would change and re-arrange the lyrics to fit a chord structure or tune. This time he focussed on the lyrics, building the songs through overdubbing several pianos and backing vocals. In most cases his approach worked, but not for me on the opening song “Who Cares.” “Who Cares” is a languid introspective slice of lounge jazz that demands silence and attention. The music is sparse, except for the refrain “Who cares?” that brings form and substance to an otherwise bare-bones song. I kept waiting for it to develop into something that never quite happens, and at 10 minutes the song is far too long and abstract. The second song, “Outward,” is orders of magnitude better. The music has form and direction with a captivating melody. This dreamy, jazzy song calls to mind Laura Nyro and possibly Billy Joel in his quieter moments. Next is “Preservation” that is better than “Outward.” You can hear a Roy Harper influence and perhaps even Roger Waters. The vocal harmonies are outstanding and the melody entices you to sing along. John says that “Preservation” harkens back to the folk rock music of the late 60s / early 70s. “Pigs ’n’ Pies,” the shortest song on the disc, is a song about consequences resulting from random events. There is something about this song that reminds of me the obscure singer-songwriter Biff Rose, as well as Paul Williams and Roy Harper. The album closes with “Stretching Out,” which is full of his childhood memories. This is a type of music I have not heard in quite some time. If you enjoy a singer and piano only, I am sure that you will enjoy Across the Door Sill.