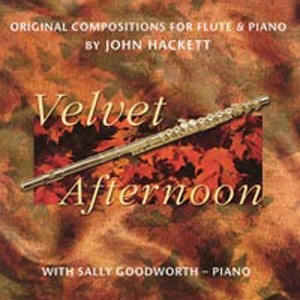 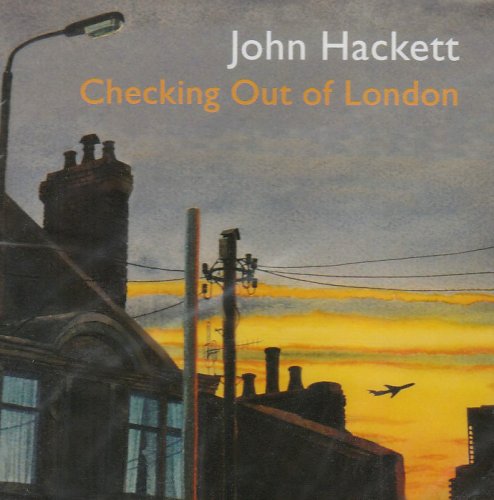 John Hackett has long been in the extended shadow of his brother Steve, who has seen high profile both in and out of Genesis. The flautist has finally stepped out on his own in both duet and full band configurations. Velvet Afternoon is a collection of the most romantic interludes from TV themes between flute and acoustic piano accompaniment. The fifteen songs range from pretty relaxing tones (“Vergebung”) to more pensive melodies as heard on “Freefall,” which recalls Thijs van Leer’s ballads with Focus. Some of the briefer pieces carry heavy emotive weight to them despite the brisk interplay between the flautist and pianist Sally Goodworth. Although the composer details a time differential between older and newer pieces, the tracks are appropriately sequenced such that it becomes irrelevant on playback. “Sausage Boy” is my pick for the most endearing piece due to the personal subject matter and the simple folk-based melody that could bring a parent to tears recalling their children’s early years. “Oily Rag” is the lightest fare in the set that shows the duet knows how to mix it up bit. The tone gets a bit sleepy toward the end until the sorrowful “Next Time Around.” The title piece closes out the disc on another precious melancholy note. Overall the disc carries a consistently singular beauty of such as brother Steve’s “Kim” and the more recent classical tinged collaboration performing the works of Satie.

Checking out of London is John Hackett’s first full band recording and the debut of a songwriting partnership with lyricist Nick Clabburn. Enlisting the talents of Nick Magnus from the old Steve Hackett band really seals the deal with me as his keyboard playing fits the songwriting style of the composers. Steve is very prominent on several tracks playing a distinctive harmonica solo on “The Hallway and the Pram”. He also contributes a trademark whiny but quiet lead guitar lead on the opening cut, “Late Trains” that kicks of the CD on an up note. The songwriting does have a slant toward neo-prog but less heavy handed and not at all derivative. “DNA” is a perhaps the best ballad comparable to many of the Hackett band pieces from the past; it highlights a subtle rhythmic section. The piece that reminds me most of Genesis is “Whispers” which sports Tony Patterson’s lead vocal that easily maps to the subject matter. Overall the disc deserves a bit of live performance to really see what damage a live incarnation of the line-up could deliver.