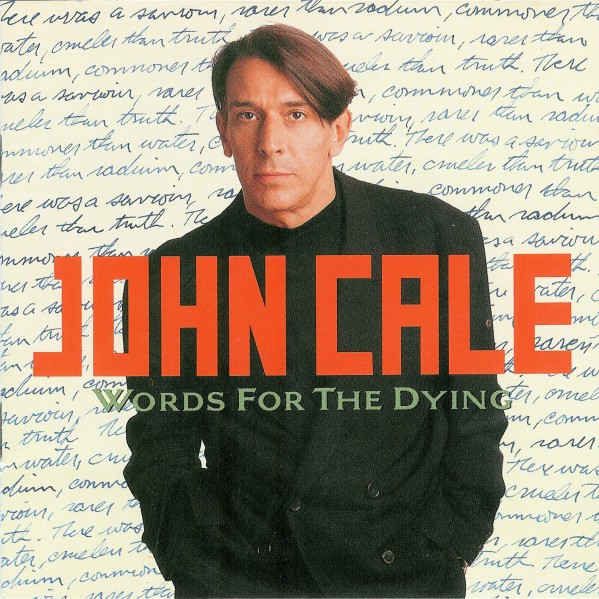 I have to admit an orchestral setting for a set of Dylan Thomas poems reminded me of many of the criticisms for many a 70s progressive rock concept album. John Cale's arrangement of this collection of prose is not much like any else he's ever done though. Enlisting Brian Eno as producer aids in the specific area of arranger focus on delivery and tone. Cale's vocal outside of the rock and roll idiom becomes a focal point unlike any other project I've heard by the man. The synchronicity of the creative process is directly linked to the stark results as Cale worked in parallel with the timing of the British Falklands war. Perhaps the best execution is on "On a Wedding Anniversary," that depicts a forlorn melodic phrase well from the orchestral arrangement. The best mesh of ensemble delivery and solo vocal appears on "Lie Still, Sleep Becalmed," where a boys' choir is also utilized. Cale composed two separate piano pieces without lyrics that are also quite efficient in approach. The first of these is less bleak than the second, which is plaintive and hopeful. An alternate version of "The Soul of Carmen Miranda" co-performed with Eno is also included as the last piece on the disc (an outtake from the Wrong Way Up sessions). Overall the work recalls elements of many of Michael Mantler's works, especially Many Have No Speech or The Hapless Child.

A Song for People Born in August