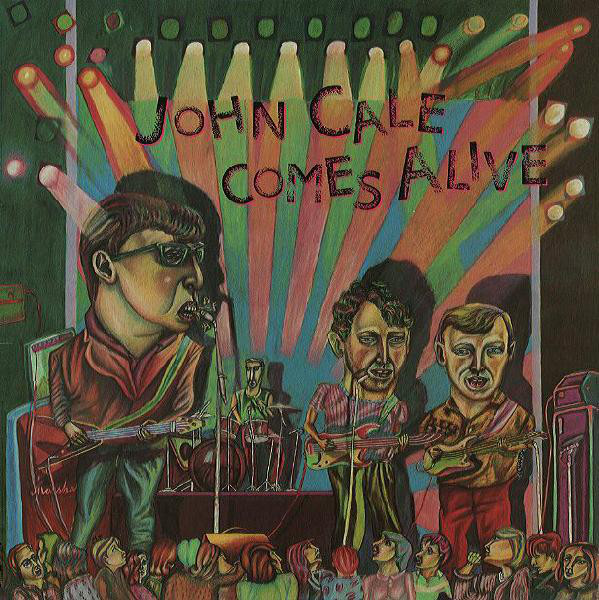 Does anybody remember the Velvet Underground? I don't. Sure I've heard Lou Reed and even Nico, and I've seen Andy Warhol's video for The Cars. But the Underground itself was before my time, and the old albums are hard to find. Lou Reed isn't the only one keeing the flame alive. Here we have a new record by John Cale, who sings and plays guitar and keyboards. It's a live album, and that used to mean bad sound. Modern technology is changing that. This album is very good. Recording quality is a good as most studio albums and the added energy of the live show comes across well. The band is hot, and Cale's talent is displayed nicely. His versatility also shows through. "Evidence" is a great rocker; "The Chinese Envoy" is a pretty, if odd, ballad; and his version of "Heartbreak Hotel" is positively desolate — truly heart-wrenching.