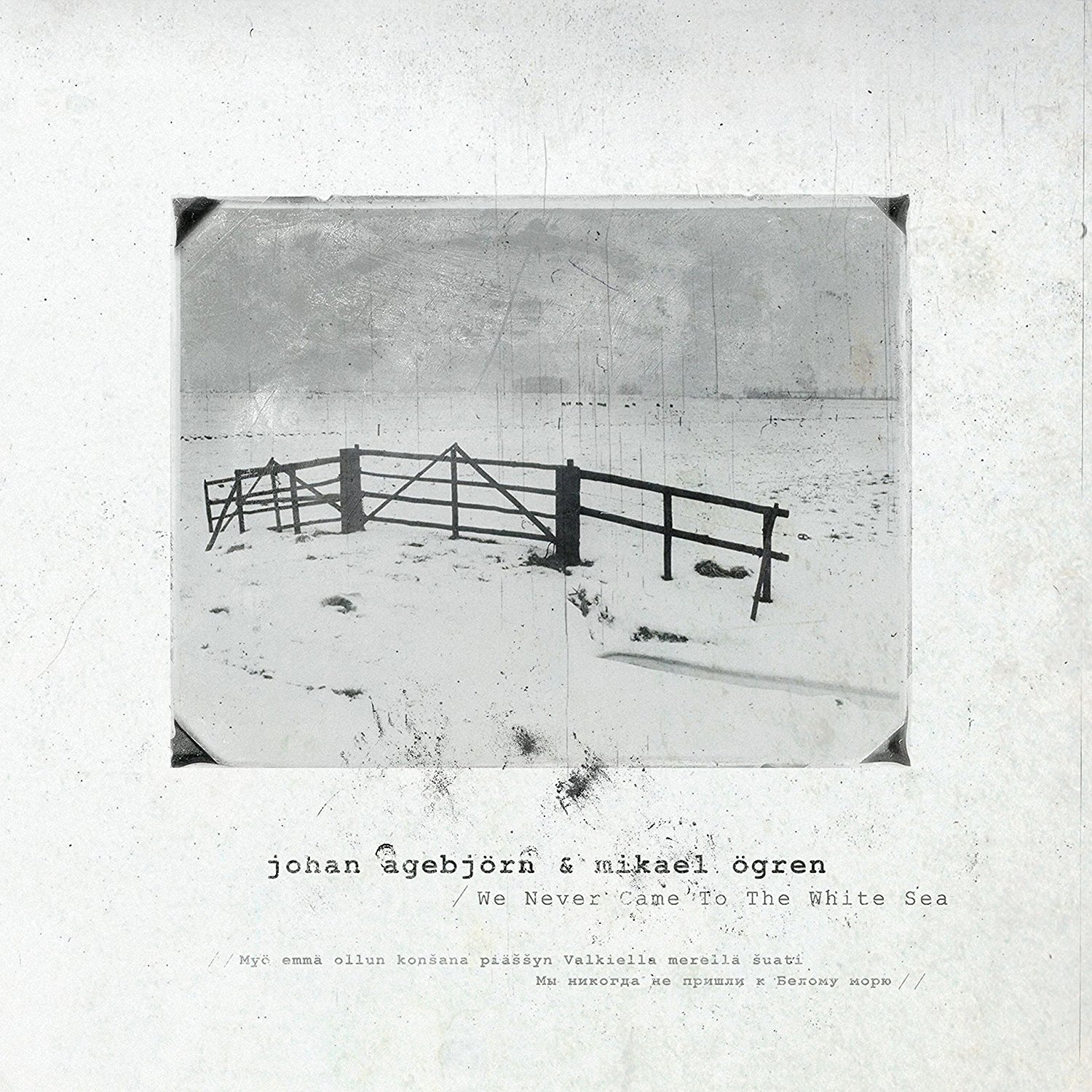 The White Sea is a southern inlet of the Barents Sea, located on the northwest coast of Russia. It is surrounded by Karelia (formerly part of Finland, then an independent republic, then annexed by the Soviet Union and never given back) to the west, the Kola Peninsula to the north, and the Kanin Peninsula to the northeast. The whole of the White Sea is currently under Russian sovereignty and considered to be part of the internal waters of Russia. The album at hand, a collaboration between Swedish artists Johan Agebjörn and Mikael Ögren is billed as ‘the original soundtrack to the unreleased road movie of the same name,’ which follows a series of titles beginning with “As I Passed the Vyartsilya Border Crossing” on to things like “The Lights of Lakhkolampi Pass By” and “Aurora over Odega,” and so on, ending with “The Rajakarjala Forests” and “Sleepless on the Kostomuksha-Petrozavodsk Night Train.” Indeed, this ambient electronic soundtrack is very cinematic in scope, with plenty of soft padding and sampled effects, understated sequenced rhythms and bright melodies, part ethereal, part melancholy, and shimmering with beauty, everything evolving slowly as it goes organically. Apparently the movie was filmed, but remains unedited and unreleased. For most of the ten tracks it’s just Agebjörn and Ögren, presumably both on synthesizers. On one track there are vocal samples by Sally Shapiro, an Italian singer whom Agebjörn has produced, other tracks include more vocal samples by Anelli Andersson, some distorted by vocoder, and viola on a couple other tracks by Anders Frostin. While Agebjörn claims influence from Klaus Schulze and Pete Namlook (definitely detectable in the fabric of their sound), one might also detect some retro influence of Kit Watkins in his Sunstruck period at work throughout in a structural sense. This is an enjoyable journey of shifting moods and ever-changing emotions, one can only imagine the panoramic imagery that this was created to accompany. Maybe someday they will release it...