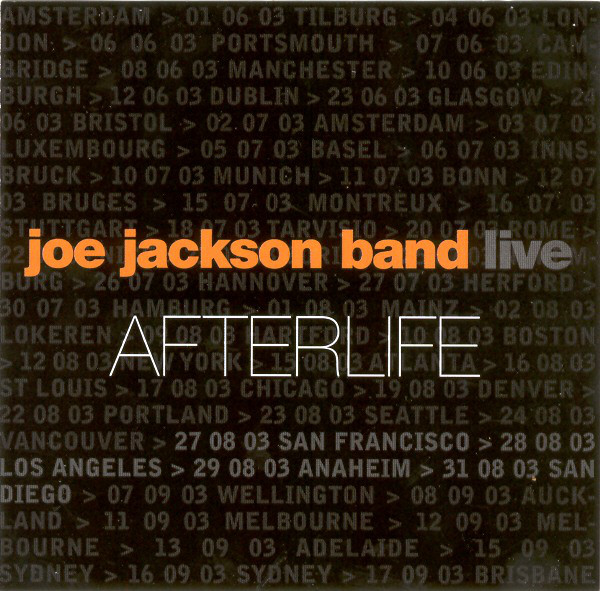 This is not Joe Jackson’s first live album. There was Live 1980/86 and Summer in the City (2000) and (for the really dedicated fans) Joe Jackson Live (aka Two Rainy Nights, 2002). We’ll leave aside Big World, a “studio” album that was actually recorded live. So does he really need another live album? The short answer is no, but certainly Ryko knows Jackson’s fans well enough to know there’s a market for it. Is this one really different from the others? The answer to that is a little more complicated. The last time this four-piece was documented live was the 1980 part of the first live album, and the arrangements have changed dramatically since then. For the three songs that also appeared on Summer in the City, the arrangements are quite similar aside from the addition of guitar. Certainly they play with as much energy as they did in 1980, though with a lot more finesse and cleaner recording. Most phases of Jackson’s career are included, from the first album to the latest (though “Is She Really Going out with Him?” is thankfully absent). And the new songs from Volume Four hold their own in this context, perhaps better than on the studio album. In the end, this live CD will serve as a great souvenir for those who saw the tour, and as a consolation for those who missed it. Fans will be happy; others won’t care.