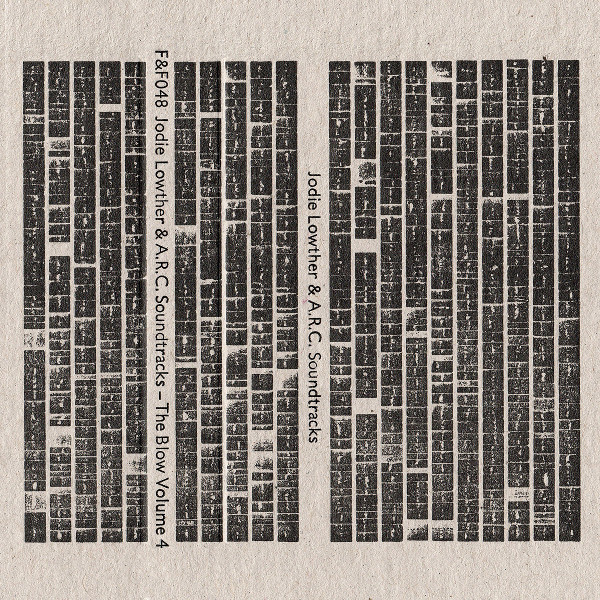 Jodie Lowther is back this past June with another new release, this time a split cassette with A.R.C. Soundtracks on Front & Follow. Our Exposé readership should be familiar with Jodie and her work with Quimper since we’ve been covering them for a few years. But A.R.C. Soundtracks is new to us. A.R.C. Soundtracks is also a UK experimental audio-visual project similar to Quimper, so a natural choice for a combined release. The music is split fairly evenly between the two artists. Jodie contributed 11 tracks clocking in at about 25 minutes, A.R.C. Soundtracks contributed one track at 28 ½ minutes, and there is a joint four-minute track. Jodie continues her exploration of cavernous sounds, her otherworldly wordless vocals, and delicate electronic sounds to produce dark, eerie, and sometimes sinister soundscapes. Each piece conjures a different image, with most being listening experiences as time stands still. The joint track, “The Occasional Sleeper,” is a mysterious trance-inducing insturmental with heavily processed, unidentifiable sound sources and a slow pulsating sonic beat. I don’t where to begin with A.R.C. Sountracks’ “Taken Up & Dissolved.” Every time you think that you have figured out where the musicians are going, they shift on you. The first nine minutes or so is combination of high frequency sustained chords, a throbbing bass synth, slow steady beat, and apparently Jodie’s wordless vocals to create an edge of consciousness experience, only to be replaced by piano and electronics and a faster 60 bpm rhythm. Then the spoken phrases “a disproportionate gravity of the crime” and “the threat has not changed” are repeated many times along with slowly played piano notes. Soon all these sonic elements begin to coalesce and A.R.C. Soundtracks surprises us again by ending the track with a slow keyboard and guitar melody. Even though there is a renewed interest in cassette releases today, I would think that many of us no longer own a tape player. Fortunately the music is also available on Bandcamp.