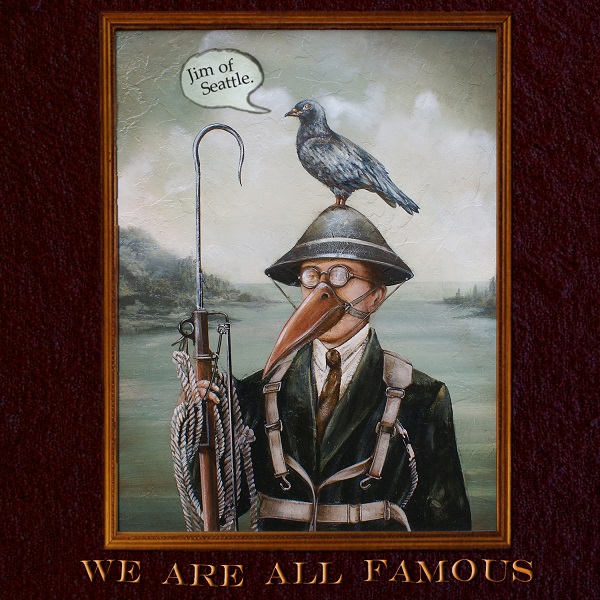 How to start a review when a simple list of all the styles touched on in the music would use the entire word count? Jim of Seattle is one guy recording with a little help from friends (or possibly family), and his talents and objectives are positively sprawling. Apparently there was enough material available for three CDs in different stylistic categories, but it was compiled into these 19 tracks. One general stream is pseudo-orchestral music like the opening "Overture," which features accordion, solo violin and a synthesized orchestra, in a style reminiscent of movie music from the 40s. Maybe backing a European café or street scene. And then there are tracks like "Everbody Now," which is a kind of lush chamber pop with some 60s psychedelic overtones — think of the Turtles. Jim's voice is overdubbed into massive clone choruses, and the melodies are ridiculously catchy. There are also some more electronic tracks, maybe resembling Devo with less guitar. We're also treated to a child singing "Twinkle, Twinkle Little Star" and "The Martians Are Going to Eat Us," some a cappella tracks (all parts Jim), and a diversion into what might be called orchestrated protest-folk. Some of the other artists that come to mind during the course of listening to We Are All Famous include Kevin Gilbert, Mike Keneally (though with less guitar), XTC, and Neutral Milk Hotel. Not bad company to be in. Bravo, Jim. I don't know what's in the water in your part of Seattle, but I hope it never goes away. And I positively adore the paintings that adorn the package, surreal visions by Tyson Grumm.