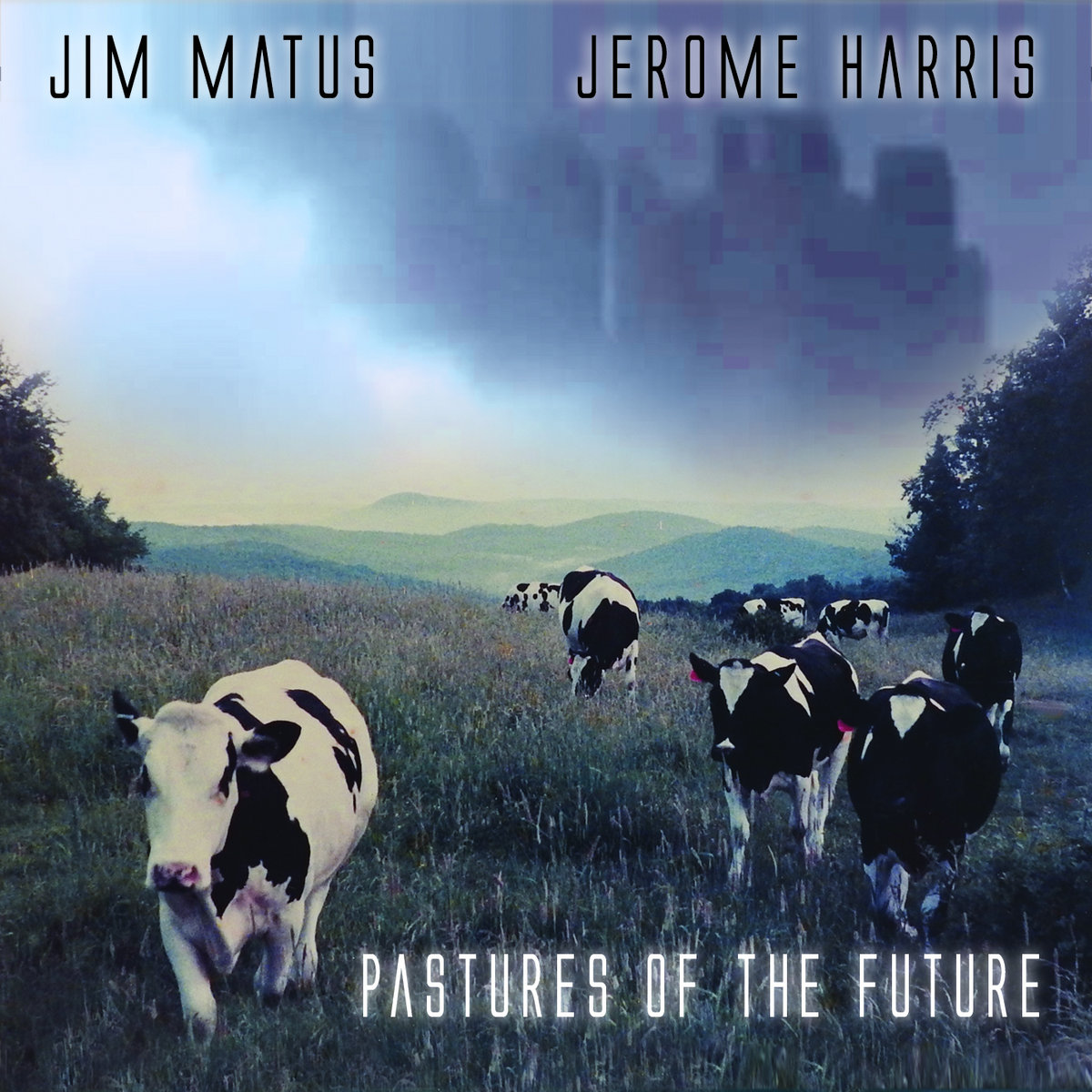 We know Jim Matus from his many previous endeavors, from his 90s band Paranoise and his world-fusion ensemble Mawwal, to his improvisational work with Impulse Ensemble, to recent collaborations with Doug Raneri, Laila Salins (the latter recording as the Matus Salins Marching Band), Tony Vacca, plus several solo laoutar recordings, some featuring various guest players. To understand the music at hand on Pastures of the Future, it’s a good idea to understand what the laoutar is – it’s not a common instrument, but a custom designed hybrid of a Greek laouto (a bubble-back eight string lute with movable frets) and a mandocello. Matus’ laoutar features a flat top, flat back, and eight strings in four courses, not unlike the Irish bouzouki but tuned a fifth lower, and without the movable frets. This is the instrument Matus composed all of the album’s ten tracks on, and it has a very warm and distinctive sound. Joining Matus throughout is multi-instrumentalist Jerome Harris (although here he plays only bass), a veteran of Sonny Rollins’ jazz groups in the 1980s and 1990s, as well as having performed in support of Jack DeJohnette, Bill Frisell, Ray Anderson, Bobby Previte, and others in the years since. The ten tracks on Pastures are entirely instrumental, the rich character of the laoutar’s paired strings give each of the compositions a surreal effect, especially given his finger ‘sliding’ technique when utilizing it, while Harris’ work supports each piece brilliantly, rising up from the lower registers to tangle with the jangle. The pieces tend to be longer compositions in the five-to-seven minute range, some shifting identity as they go forward, like miniature dream epics that find their way through the atmospherics and ambiance. While one can’t really compare what’s here precisely to anything else out there, one may find similarities with Steve Tibbett’s fourth album Safe Journey, though without his heavy rock stuff. Indeed, everything here on Pastures is acoustic, even many of the bass parts. It’s a brilliant set of instrumentals full of mystery and invention.