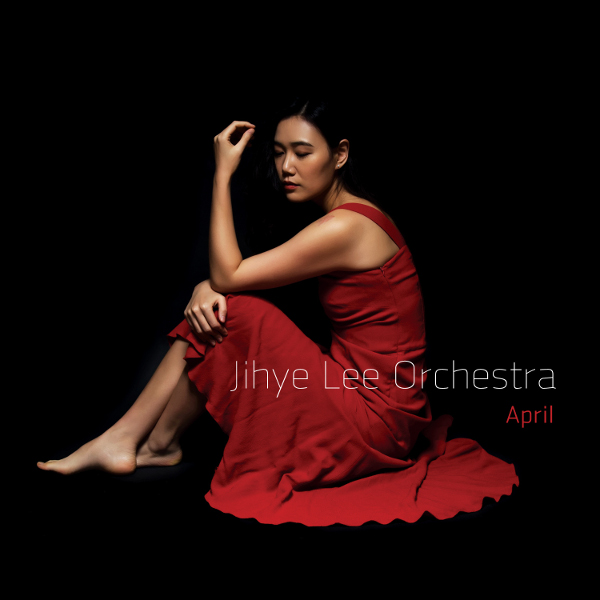 The last two large-ensemble jazz recordings to cross my desk were Peace by Satoko Fujii’s Orchestra Tokyo and Telepathy & Bop by Josh Green’s Cyborg Orchestra, which presented nearly free, highly unstructured collective improvisation and cleverly composed unconventional textures respectively. Jihye Lee’s Orchestra presents yet another possibility, completely different from those two. In many ways, it’s a much more conventional set that doesn’t venture outside the modern standards of big-band jazz as represented by the work of (for example) Maria Schneider or Toshiko Akiyoshi. The overarching inspiration of April is the disastrous 16 April 2014 sinking of the ferry Sewol in South Korea. Lee was away from her homeland during those events, and the completed suite is her musical reflection on the tragedy, from the scene-setting “April Wind” through the somber “Deep Blue Sea” to the dissonant “Guilty” and finishing with the sweeping melodies of “You Are Here (Every Time I Think of You).” On some of the tunes, Lee herself contributes wordless vocals, bringing to mind the sound of European film music of the 70s. And while the use of the band’s sections in the arrangements doesn’t stray too far from traditions, the music does have a singular touch, wandering far astray from typical head-solos-head structures, and with some lovely counterpoint and many examples of creativity. “Sewol Ho” has a middle section where a trumpet and a trombone improvise together, weaving their lines around each other. Overall, “Whirlwind” is probably my favorite track, starting with a busy, insistent bass line and stabbing trumpet chords, moving into a moody section featuring saxes and flutes, then solos that at times seem a bit too polite to represent such a rending event, though there are some very dissonant chords backing them at times. All in all, April strakes out a nice middle ground between jazz idioms and 20th Century classical features, and is an auspicious debut for a new figure in a difficult genre.