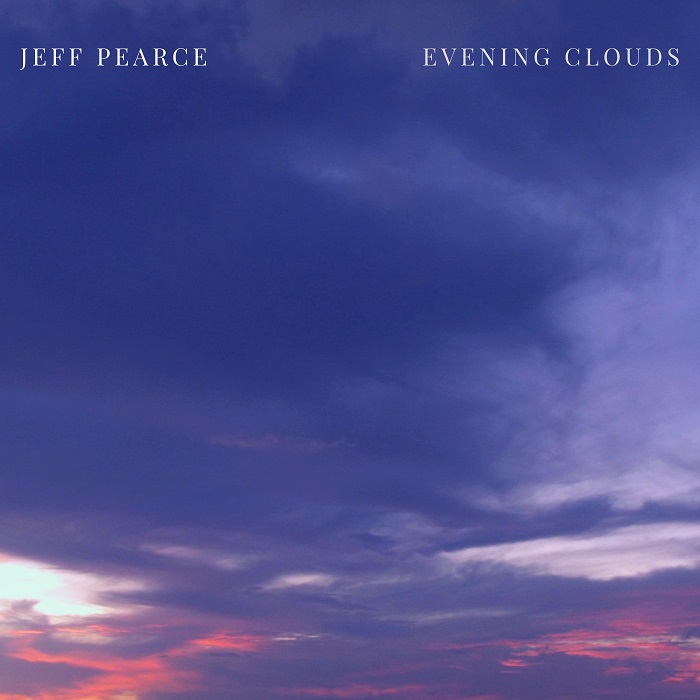 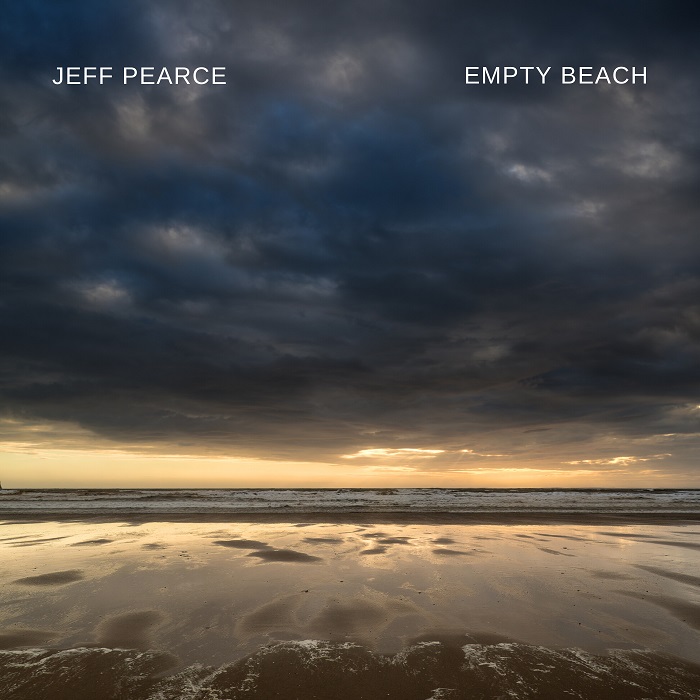 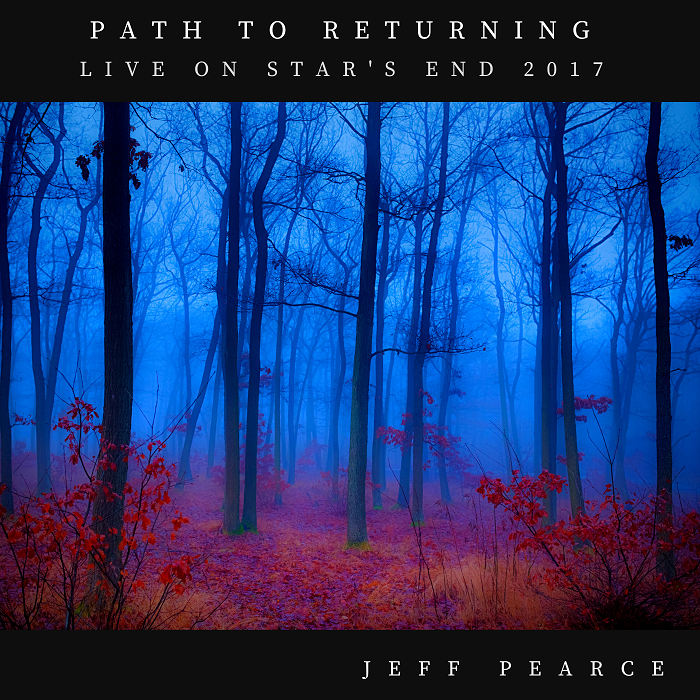 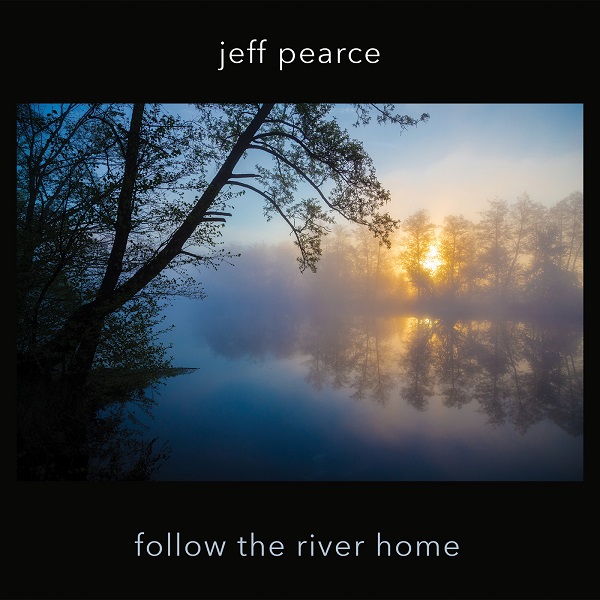 I first became aware of Jeff Pearce back around the turn of the century with the second of four albums he recorded for the Hypnos label, To the Shores of Heaven. It was a collection of about a dozen tracks, mostly beautiful shimmering, melodic ambient stuff, mostly built on soft swells of evolutionary color and shading, and it spent at least a year on my sleeptime playlist. At the time, I didn’t even think about it, assuming that these pieces were built up using modular synths, not realizing that Pearce was first and foremost a guitarist, using guitar as a trigger for heavily effected ambient swells, using loops, delays, and heavy processing, and doing it masterfully I might add, not at all unlike his Norwegian contemporary Erik Wøllo. In the years before and since, going back as far as the early 90s, Pearce has released around two dozen albums, the subject of this review being four that have come out in the first half of 2020. Path to Returning is a document of Pearce’s live performance on Chuck Van Zyl’s Stars End radio on WXPN Philadelphia in October 2017 (Pearce is a regular on the show), consisting of two long tracks around thirty minutes each give or take, heretofore unavailable. “Forest Afternoon” integrates field recordings of nature (birds, insects, and such) into its sonic fabric, which evolves slowly through many phases of melodic color, shades and shadow, whereas the title track dispenses with field recordings and slows to a near glacial pace, still offering glimpses of bright shimmering colors as it follows its own spacious exploration. Two of the releases here are long-form pieces, that is one long track occupies the entire album. Evening Clouds is an extended version of the opening 28 minute cut from Pearce’s 2019 release Skies and Stars, here offering the original full length version, nearly an hour in length. Faithful to its title, the piece offers a slowly evolving panorama of cinematic scope, with soft colorful swells evolving at different rates as the piece proceeds. The key to enjoying this is not to waste energy trying to figure out how it was done (that’s Pearce’s secret), but instead as a listener to just immerse yourself in it and go with the flow. Empty Beach is the other long-form piece, again clocking in at nearly an hour, taking a softer and more subtle approach to convey a sparse feeling of desolation, mixing long looping structures with sounds that almost seem like lost voices from a heavenly realm. This was recorded for another Stars End show that aired in May 2020, a performance that Pearce was not able to do live due to the Covid pandemic, so it was recorded a few days prior. The different one is Follow the River Home, where the guitars on the opener “Under Summer Stars” actually sound like guitars, though bathed in a heavy blanket of soft studio ambience and reverb. The album consists of seven discrete pieces; some offer a more gentle floating ambient appriach like “Downstream I” and the twenty minute “Gathering Stars,” while others like the title track and “Outpost” follow a path more like the opener, where there’s no mistaking that the sound source is electric guitar, though propelled through a spacious body of beautiful and warm effects. All four releases are nothing short of excellent.