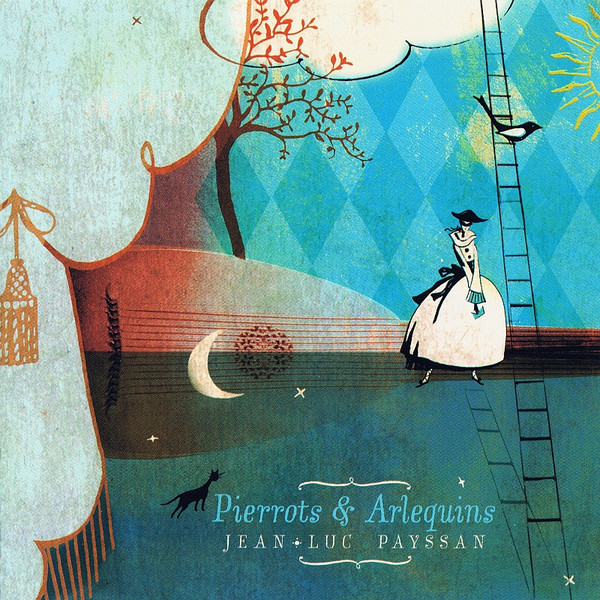 Jean-Luc Payssan is a familiar name to progressive rock fans as guitarist and founding member (along with brother and keyboard player Thierry) of French progressive rock outfit Minimum Vital. With MV, Payssan has focused primarily on electric guitar with the emphasis on rock but also displaying an ability to delve into jazzier playing at times. He’s always proved himself a fine player in these realms, though for many of the group’s admirers it was his acoustic playing pulled from classical and medieval sources that set him apart from his many peers, much in the same way that Steve Howe and Steve Hackett used their acoustic guitar talents to bring their music added depth and complexity. Payssan’s acoustic side was more deeply explored on the Vital Duo release Ex Tempore (2001) where he and brother Thierry focused almost entirely on classical and medieval material. For his first solo outing Payssan has chosen to repeat this approach, though with predictably stronger focus on the guitar. Most of these 14 superb tracks are instrumental and almost all use classical acoustic instruments as the root instrumental voice, though for variety Payssan pulls in ancient instruments such as the cittern, theorbo and mandola. Vocals — where they appear — are supplied by Payssan as well as MV compatriot Sonia Nedelec with results that echo MV albums La Source and Serebandes with winning results. This is a sublime collection that rewards repeated listening. It will definitely please fans of Payssan’s prior work and is highly recommended to the uninitiated.