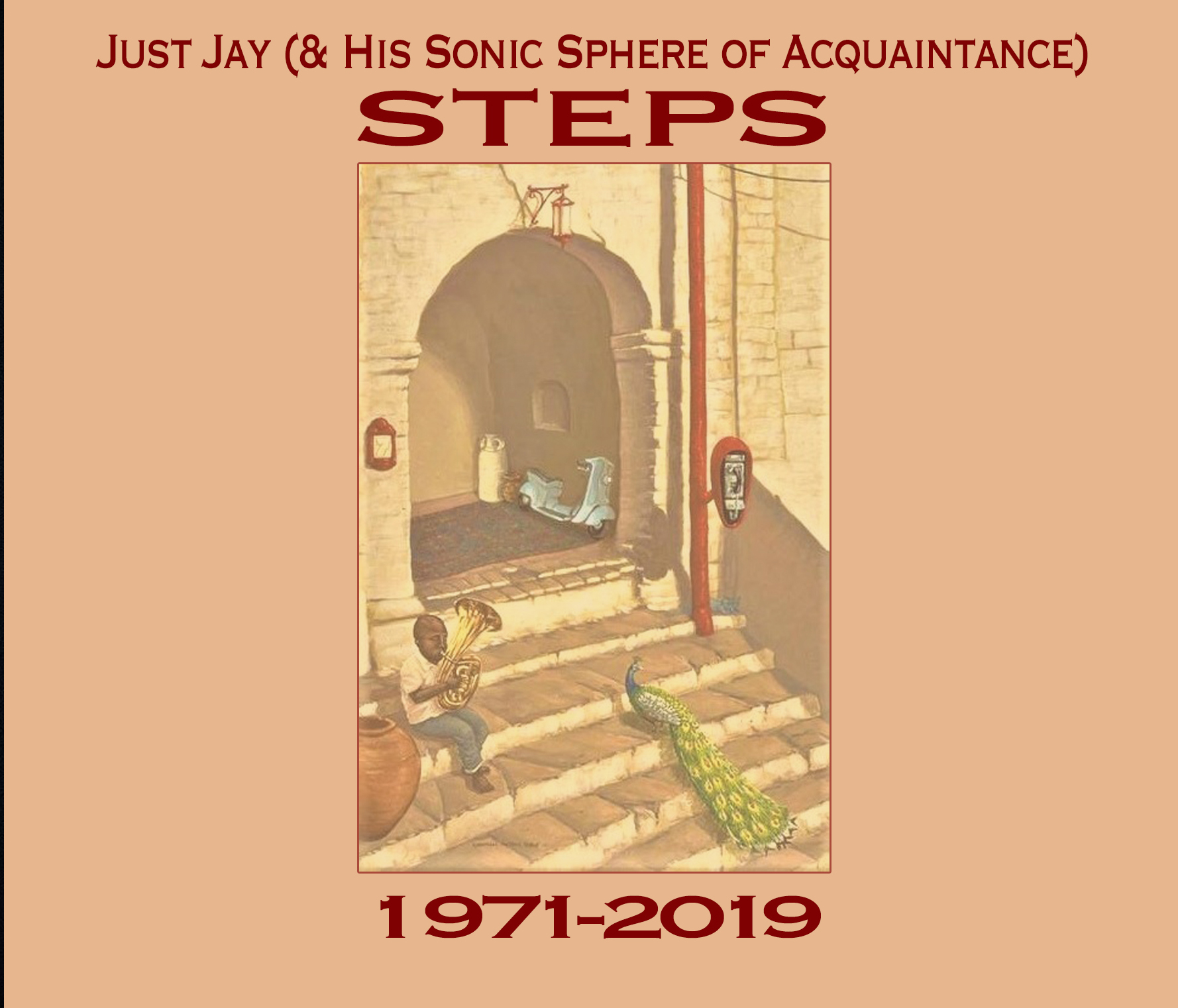 Jay Graboski has been a mover and shaker in the Baltimore area music scene since the very early 70s, playing in numerous different bands over the years, and what Steps attempts to do is catalog his involvement in all these different bands and projects in reverse chronological order, from 2019 all the way back to 1971. Most readers will know him from his main gig as a member of Oho, an on again off again band that has, over the years gone through a lot of different phases, beginning as a trio (before Graboski’s involvement) then as a five-piece in 1974, morphing from psychedelic rock to progressive to an 80s sounding new wavish outfit to a female fronted folk-rock entity and much more, across ten full-length albums and an EP plus a couple singles, and samples of nearly all those releases are included here (eight Oho tracks including a couple from the impossible-to-find Rocktronics EP from 1984). But it should not be considered a “best of Oho” album, there are 22 tracks total across this 79+ minute disc, and the larger portion of the cuts involve other groupings and projects in which Graboski has been involved: Grok (1973 and 2014), Little Hans (1971-72), El Sledge(+) (2012), The Weaszels (1991), Unyflow (1979), Dark Side (1978), Saint Joseph’s Ass (1995), Lunar Merchant (1994), Food for Worms (early 80s), and Trixy & the Testones (1978). Did I miss any? Almost everything here has been previously released at some point, but many are on vinyl artifacts (singles, EPs, albums) that one might spend a lifetime trying to track down, and some of these tracks, like Lunar Merchant’s “Slag” and Little Hans’ “Cum Ita Sint,” don’t appear to have ever been released in any form. Overall, this is a pretty exciting ride back through the wayback machine; every track is, I suppose hand picked from what Grabosky feels are the high points of his long and storied career. I can’t disagree, in fact every cut on this disc is a winner, and even though I was familiar with a few of those other non-Oho bands, most I had never heard before. There are so many highlights but I have to single out a few: The Little Hans track “Laotian Craters” from their 1971 album Wunderkind (or it could be an alternate version) stands out as a real gem of Graboski’s pre-Oho work. The Weaszels track “As Good As It Gets” has a bit of that early Tom Petty style jangle with great harmony vocals, and of course there’s Trixy & the Testones cover of the Freddy Cannon hit “Palisades Park,” released only as a single, injects a solid measure of punk energy into the original. Also have to mention the rare photos of all these bands (including all the different iterations of Oho) and an exhaustive listing of all 44 musicians that contributed to these cuts.