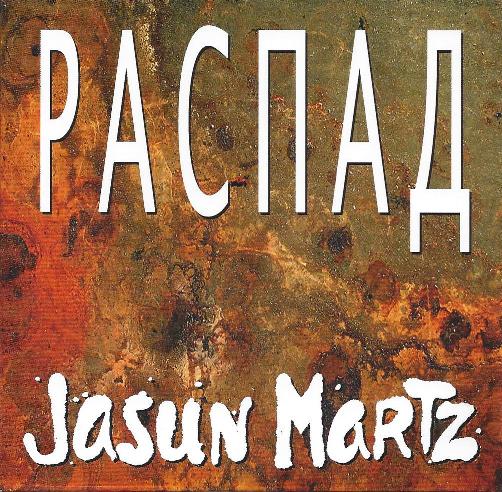 This compilation was released prior to Martz’ performances in St. Petersburg, Russia in March 2013. While Martz has toured with Frank Zappa, played keys, synthesizer and harmonica on several of Michael Jackson’s best known recordings, and co-arranged Starship’s biggest hit "We Built This City on Rock and Roll," it’s his long-form symphonic and experimental solo work that will be of greatest interest to Exposé readers, and there is plenty of that here. Think of this as a “best of” his solo work: experimental, contemporary classical, avant-garde, soundscapes, noise, orchestral, and massed keyboards. There are six ten minute excerpts from various long-form pieces, some of which have been released previously (the abbreviated outtakes from his previous albums – the Mellotron drenched The Pillory from 1978, and its 2006 follow-up The Battle may be familiar to Exposé readers) and some which to date have never been released. The set opens with the dense and disorienting “Disintegration” (which is what the Russian title translates to), which is an extract from the second movement from Martz’ third symphony, tentatively scheduled for release in 2014. Likewise, the closer “In Opposition” brings us a ten minute sample of Martz’ keyboard work, none of which has previously been released. “Erosion” contains selected noise elements from his previous releases The Battle and The Pillory, and “Corrosion” is a sample of his orchestral music, taken from Light (by the Arts), Kill (previously unreleased) and “In Light, in Dark, in Between” from the Eurock compilation way back in the day. As an introduction to Martz’ work, or even as a supplement for those already familiar, this compilation certainly hits the mark.