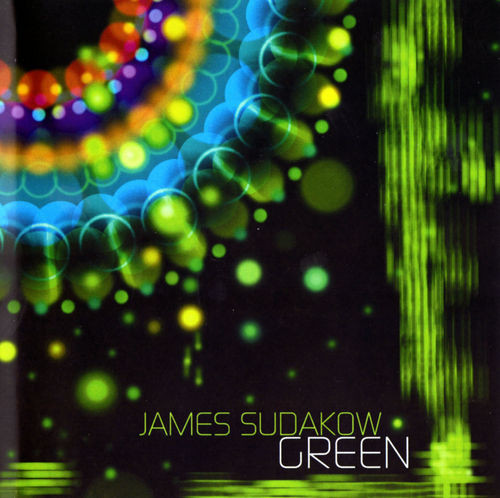 The tribal beats and pulsating electronic vibe in the opening minutes of “Black” set the stage for some amazingly incisive electric violin work as the piece slowly builds intensity across its six-plus minutes, then retreats to another minute or so of sublime low-level ambient experimentation. Sudakow is a Southern California based composer and violinist, one who generally steers clear of the pretty classically influenced fare in favor of a more aggressive rock and fusion approach, playing through heavy amplification utilizing distortion, delays, and other electronic effects. In that respect, not limited by the traditional roles of his instrument, his work is probably more easily comparable to many lead guitarists, or violinists who pushed the rock envelope (Simon House during his tenure with High Tide or Hawkwind, and Darryl Way of Curved Air come to mind). Each of the six instrumental cuts on Green (simply titled with a color: “Red”, “Purple”, Blue”, etc.) offers a distinctive vision that drives hard and tasty, exploding with energy, tension and release. Many of these pieces tend to approach the psychedelic territory of bands like Ozric Tentacles, due to their sheer length and explorative, seemingly improvisational nature. On each, Sudakow is accompanied by the outstanding rhythm section of David Gaziel and Matt Bissonette (on drums and bass respectively) who support the effort well. This is an outstanding release that should be heard by all.

Crack the Sky Weighs In