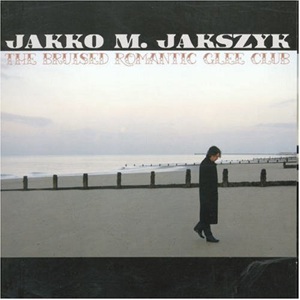 Guitarist Jakko Jakszyk has finally come into his own with his current solo recording. After stints with Level 42, Dizrhythmia, and 21st Century Schizoid Band and numerous guest spots, the singer-songwriter has finally found a clever vehicle to mesh his love of dinosaur prog and crafted pop much in the mode of the late Kevin Gilbert (Giraffe, Toy Matinee). Two discs of new thought-out/well-conceived and polished rock are included in this set with prominent contributions from old friends such as drummer Gavin Harrison (now in Porcupine Tree), keyboardist Dave Stewart (Ex-Hatfield, National Health) and Mel Collins (King Crimson, Camel) and the late Ian Wallace. Disc one (“Now”) at times covers ground closer to current Spock’s Beard or less heavy edged Porcupine Tree. The original version of “Catley’s Ashes” which was performed by 21st CSB shows the guitarist mastering a direction for strong new material outside of the prog umbrella so to speak. “No One Left to Lie To” is purely the artist coming to terms with family loss and an excellent sax back tracking.

Disc Two is entitled “Then,” which serves as an insight into the inspirations and challenges for the artist with covers of Crimson, Soft Machine and two Henry Cow songs (shock!). Jakko’s arrangements of early Fripp/Sinfield material are especially on target; the deep Indian dervish version of “Pictures of an Indian City” is essentially a Dizrhythmia reunion of sorts. Coral sitar guitar is interlaced with tabla and traditional Indian scat vocal to create a blistering almost inside practical joke of the piece. The best surprise is clearly the rework of “As Long as He Lies Perfectly Still” which had previously been buried on a rare Voiceprint compilation. Now it’s in its proper place and almost serves as an Egg reunion with Hugh Hopper and drummer Clive Brooks banging away with a monstrous organ accompaniment from Stewart. Currently Jakko has joined Guy Manning’s “The Tangent” for sessions on the band’s fourth studio recordings so much more is in store for this talent with many irons in the fire.