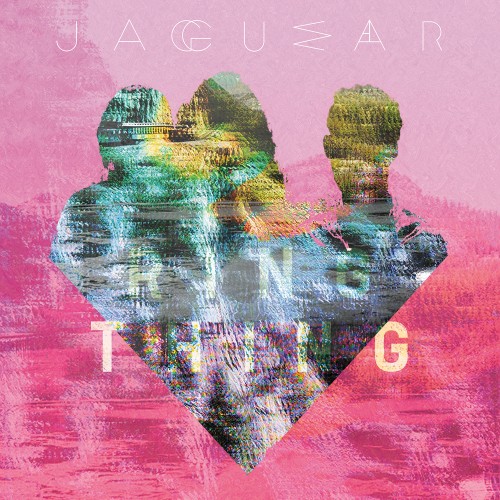 Jaguwar is the Berlin trio of Lemmy Fischer, Oyèmi Noize, and Chris Krenkel, who play energetic shimmering shoe-gazer updated New Wave. So far they’ve released two EPs and played live dates in the UK, Denmark, France, Serbia, and Germany. In 2016 they contacted Tapete Records asking to open for The Telescopes, which immediately caught Tapete’s interest. So earlier this year Jaguwar entered the studio and recorded their first full length album, Ringthing. The result is a set of ten thunderous and dreamy tracks built from multiple layers of sound, reminding quite frequently of Echo and the Bunnymen and a less electronic New Order. Most of the tracks have an 80s vibe to them and some would also qualify as dance tunes. From time to time Jaguwar introduces experimental elements like reversed tapes and vocoded vocals. Most of the songs are propelled by Chris’ rapid fire drumming. One of the songs that stands out for me is the trippy “Gone,” with acoustic guitar, bass, electric guitar, sedate drumming, and beautiful female vocals. Another standout track is “Away,” with a reversed tape intro and images of a happy upbeat Julee Cruise Twin Peaks style song. For most of the songs, you have to concentrate to understand the lyrics, instead I just let everything wash over me to enjoy the experience. The only instrumental is the closing track, “End,” that is a sustained chord with odd electronic sounds circling around. Ringthing is an excellent debut album and one can only hope to hear more from Jaguwar in the near future.