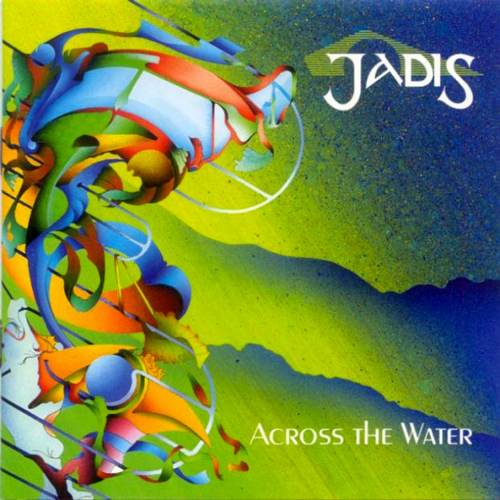 If this band sounds familiar to you, it's probably because Jadis are usually touted as the alter-ego of IQ. With half of Jadis also members of IQ concurrently (Martin Orford, keys; John Jowitt, bass), this comparison is certainly valid, but it is worth noting that Jadis strive to represent things more bright and positive, where IQ are more driven by bitterness and anger. Across the Water is the second major album release from Jadis, and in many regards it is a cut above their previous effort. The most obvious difference is the level of musicianship here. Guitarist/vocalist Gary Chandler (when the writing allows him to stretch out on the guitar) is masterful at stating and phasing a lead line, and the drummer Stephen Christey has found better, more exciting ways to support him on the kit, with an overall approach that is more busy and more solid. Along these same lines, Jowitt adds a lot of punctuality to the bottom end with some inspired bass work. His bass tones are unusually warm and rich, and they never get buried in the mix. Jowitt is probably the best bassist on the neo-prog scene in recent years, and fans of this style of music will find his playing to be comparable to, say, Tony Levin or Geddy Lee. Where the miserable vocals marred the first album drastically, Chandler shows a bit of practice has expanded his still limited abilities considerably. He still shows no imagination with his vocal melodies (which is a big disappointment, since he can do it on the guitar) and his range is puny at best. As with IQ, Martin Orford's keyboard work adds the signature sound to the ensemble. It's his chord voicings and unpredictable changes that make him so unique, and notwithstanding all the Tony Banks influence in his playing, he still does it well, and that's the bottom line no matter the style of prog you play. The writing is both better and worse with this album - songs like "Touch" and "The World on Your Side" are full of intelligent gems, but others like "Everywhere I Turn" and "In Isolation" are virtually all pop-based, and not even good pop at that. Moments like these harken back to the late '80s IQ sound, which is better left behind. The production/mixing/packaging are all extremely well-done and professional, which helps to make Across the Water a step in the right direction for Jadis. Above average neo-prog, but probably won't be as well-received as the latest IQ effort, and deservedly so.