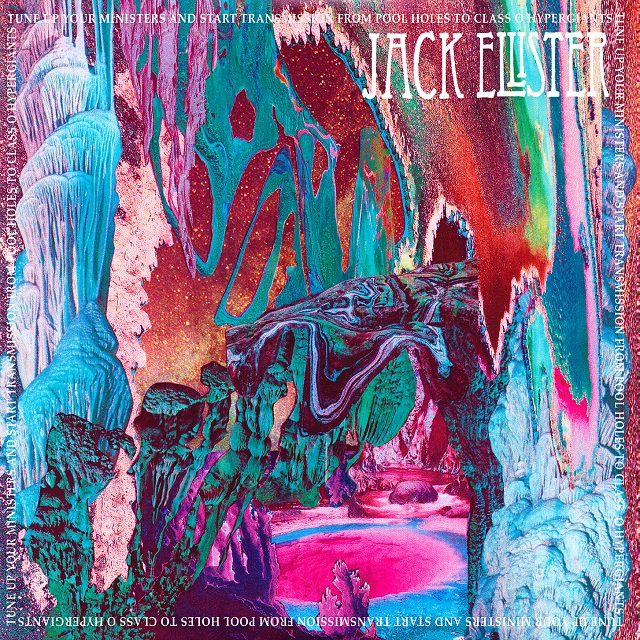 From the cover art and title, you’d probably guess Tune up Your Ministers and Start Transmission from Pool Holes to Class O Hypergiants is a psychedelic album – it is on Fruits de Mer, after all. But far from being mere pastiche or imitation, it’s a bold and original collection that captures the anything-goes spirit of the psychedelic era and applies it to the modern world. There are some classic touches like the brass arrangement on “The Sun Sends Me Hails, Victory, Power, Peace and Shelter” and the filtered vocals on “Saddle up the Horse,” but there are also many things that would probably have been impossible in 1968, especially the sheer density of the overdubs. But what makes it work is the quality of the songwriting – merely capturing the tropes of Piper at the Gates of Dawn or Sgt. Pepper is not enough on its own to make an album worthwhile. I can’t claim to understand what “The Man with the Biochopper” or “Great Esmeralda” might mean, but the lyrics are evocative and entirely appropriate for the music. “Old South” is the calm center of the storm, with lovely acoustic guitar and what sounds like a Mellotron sneaking in at the very end. The album is on the short side, and when the last echoes of “A Hunter Needs a Gun” fade away, I really want a couple more songs. But far better to leave me wanting that to overstay your welcome and leave me bored. Fruits de Mer may be best known for 7-inch singles, but Tune Up stands as ample proof that when they commit to a full album, it’s pretty tasty stuff.

Friends of the Fish is a Fruits de Mer side label for FdM artists to release their own music. In the present case Jack Ellister, an FdM artist who has appeared on several FdM releases over the past two years, has recorded and released his first full album with this very long and obscure title, Tune up Your Ministers and Start Transmission from Pool Holes to Class O Hypergiants. This 12-inch slab of vinyl was a limited run of 111 hand-numbered copies released in November and now completely sold out. The album contains nine songs, five of which have appeared on other limited FdM releases The Man with the Biochopper (2012), Lobster Disque (2014), Crabstock (2014), 13th Dream of Dr. Sardonicus Day One (2015), Crab Sells Out (2012), and Live in London (2013). For those of you who have not been lucky enough to snag a copy of the album or any of the other FdM discs, here is a brief rundown of Jack’s music. The album opens with “The Man with the Biochopper,” a strange title that I have no earthly idea what it means. The music sounds like it belongs in a 60s spy film, complete with a lo-fi treatment, megaphone vocals, and trippy guitar. The second song has an equally obscure title “The Sun Sends Me Hails, Victory, Power, Peace and Shelter” that takes the listener in a different direction with its quiet acoustic guitar and gentle voices. The third song “Saddle Up the Horse” is the first new song and it sounds like early David Bowie. Next is the instrumental “Calm Adapter” with slow waves of sound and chords, very Eno-esque in nature. Then we have “Great Esmeralda,” another Bowie-influenced lo-fi song. In particular, this song reminds me of Bowie’s “Memory of a Free Festival.” The sixth song is the next new track “Wishmachine,” a short Krautrock interlude followed by “Old South,” an excellent acoustic singer-songwriter folk song. Then the disc closes with the final two new songs “Curator” and “A Hunter Needs a Gun.” “Curator” is a spooky song with megaphone vocals and “A Hunter Needs a Gun” conjures up images of Ummagumma era Pink Floyd with the extended organ chords and eerie guitar. Quiet a brilliant debut album.

Various Artists - Tuonen Tytär - A Tribute to Finnish Progressive – It’s always fun to review a tribute to music you’re not familiar with. For the most part, I can’t compare these covers to the original versions, so I’ll just describe the music...  (2003) » Read more

Haco - Haco – After an almost seven-year hiatus since Paradise of Replica (After Dinner's last, and only second full studio release), songstress and presumptive After Dinner leader, Haco resurfaces, this time...  (1997) » Read more