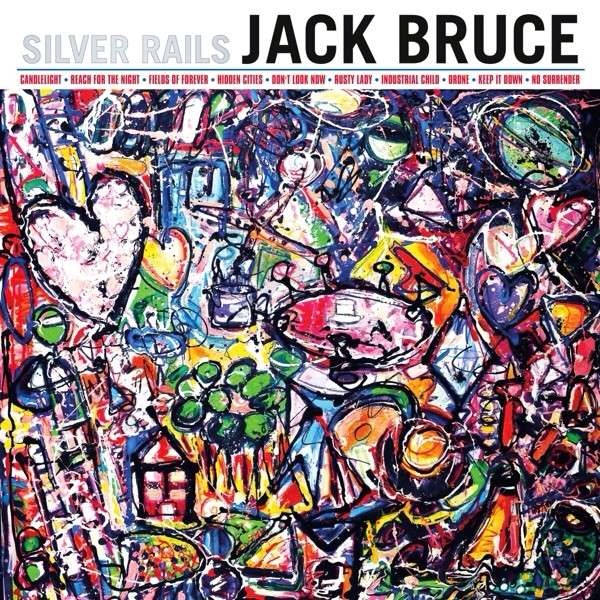 It’s a family affair for British blues icon Jack Bruce on Silver Rails, his 19th overall release. On the accompanying documentary DVD, Bruce tells the story of how his son unknowingly began the sessions for the album with the fuzz bass jam track, “Drone,” that served as the appropriate springboard for the project. The bassist/singer astutely retains his most recent touring band and brass section on most of the tracks while bringing in long time guitar friends to flesh out the pieces. Ex-Roxy Music fret man Phil Manzanera takes the first stand on the opening track, “Candlelight,” bringing his floating effects-laden tone and economic savvy to the table. Robin Trower’s contribution on the suggestive “Rusty Lady” brings to play his full blues rock swagger. Both drummer Cindy Blackman Santana and organist John Medeski from Bruce’s recent Spectrum Road project figure prominently as well across the disc. Ex-Whitesnake guitarist Bernie Marsden also appears on the strong slight re-workings of “No Surrender” and “Keep It Down.” The fact that this set of Bruce and Brown compositions holds together so well emphasizes the unique multi-talents of a true living legend who still has something valid to say.