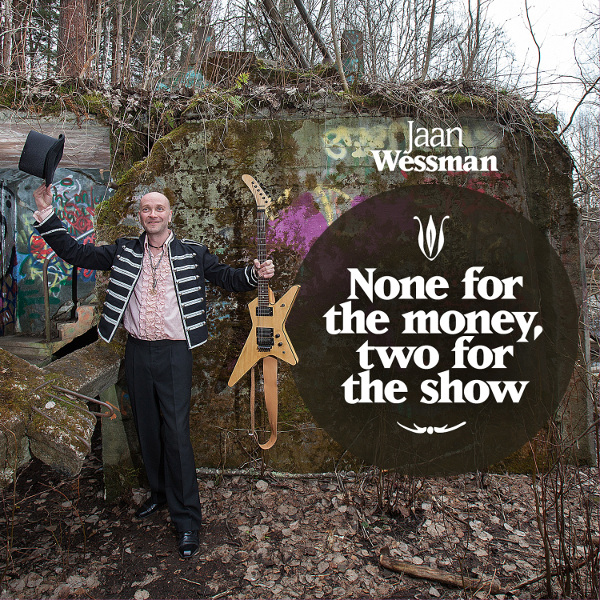 It always seemed to me that the band Jellyfish never got the attention it deserved. Superbly clever and catchy rock songs with touches of psychedelia — ah, really my thing! Finnish multi-instrumentalist Jaan Wessman is very much in the same vein. One of the first things that came to mind on listening to None for the Money, Two for the Show was Mike Keneally’s Wing Beat Fantastic, which makes sense since Wessman has played in Keneally’s touring band. There are numerous subtle references to The Beatles, The Zombies, The Beach Boys, and even some later artists like Led Zeppelin. Wessman apparently plays all the instruments himself and is quite skilled all around. He’s been known to play drums in a Metallica tribute band and bass in a Pekka Pohjola tribute, as well as doing production work in everything from hip-hop to teen idol Jonne Aaron. He’s no slouch as a guitarist, either, though these songs don’t focus on instrumental grandstanding. His singing voice is tuneful and pleasant, similar to Keneally’s, and the album is filled with great background vocal arrangements. Dang, I’m getting jealous of this guy! Is there anything he can’t do? Certainly his wide-ranging abilities are reminiscent of Prince, though of course his stylistic bent is in a different direction. I read a quote recently (I think it was from Branford Marsalis) which was along the lines of “If music doesn’t make you feel something, it means nothing.” Well, Jaan Wessman makes me feel joy. Some music is dark and serves to illustrate the darkness in the real world, and that can be joyful in a way — knowing that you’re not alone in finding life difficult — but Wessman presents a vision of simple (or not-so-simple) beauty in which you can forget all that for a while. Engage smile, engage body, engage intellect, bring it all together. Give this album a chance, and I hope you find it as wonderful as I do.

Carpe Diem - Cueille le Jour – Unjustifiably overlooked, Cueille de Jour is the follow-up to this quintet's monster debut — and an outstanding representation of the best that France had to offer in the seventies. Their highly...  (1995) » Read more