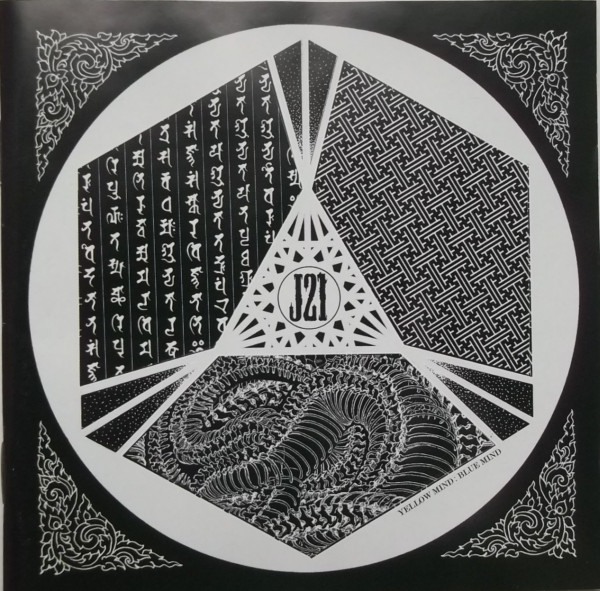 J21 is the stage name of a Spanish guitarist who, judging from the list of collaborators here and on his other projects, is getting a lot of attention in musical circles. This CD features Trey Gunn, Ed Mann, and Graham Bonnet, and was produced by Joe Satriani protégé Geoff Tyson. All of which would be meaningless if the music wasn’t good, though of course it would be hard to attract such stellar sidemen if you weren’t good yourself. He claims his main musical inspiration comes from Frank Zappa, though aside from high quality compositions of unconventional structure, there’s nothing especially Zappa-esque about the music. He’s a solid guitarist in the wide-ranging modern style that embraces both metallic crunch and signal processing, and includes some tasty acoustic playing as well. I’m reminded a little of some Reeves Gabrels solo material I’ve heard, though this is certainly less pop oriented, with Bonnet only singing two songs. Buckethead also comes to mind. J21’s electric playing is full of whammy bar and fast picked runs of notes, with wah-wah, echo, phase, and whatever used to alter the tones; his acoustic playing sometimes reminds me a bit of Anthony Phillips’ style, though certainly in a setting unlike Private Parts & Pieces. The tracks fit into the 5-8 minute range and all have named subsections, though they’re not split up (thankfully). This is a fine entry into the realm of flashy guitar albums, and fun to listen to... unless you want to get some sleep.