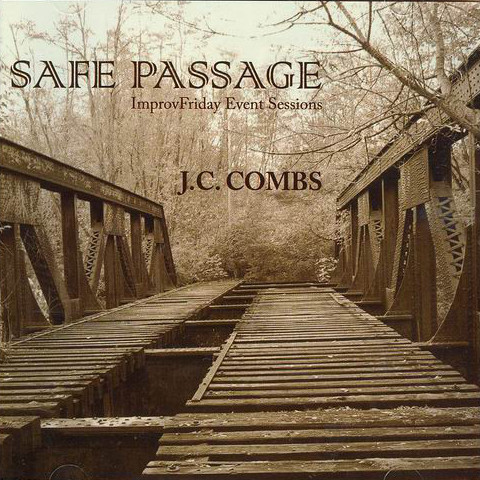 After a long period of what seems like relative inactivity, Electroshock released at least a dozen new titles in 2010. Safe Passage is among the most interesting of those, but also one of the least musical in a conventional sense, being almost entirely made up of samples, field recordings, and loops. These works were created by Combs for his ‘Improv Friday’ events that began in early 2009. Quoting the liners: “The event is a venue where Combs and a troupe of new music improvisers and sound artists gather weekly to share their works.” Four tracks in, on “November 3, 2009” we finally hear the integration of a conventional musical instrument by way of some dense synthesizer textures. Following that, on “Abysmal” there is some muted singing that offers a haunting melody through a good part of that track. Later pieces incorporate incidental spoken text, TV samples, random sounds, incidental recordings of mysterious origins and such, some juxtaposed with synth patterns, samples and drones to hold the pieces together like glue. Every new listen reveals something new that seemingly was hidden or unnoticed before. Overall the disc explores the notion that sound sampling by itself is a worthy art form.