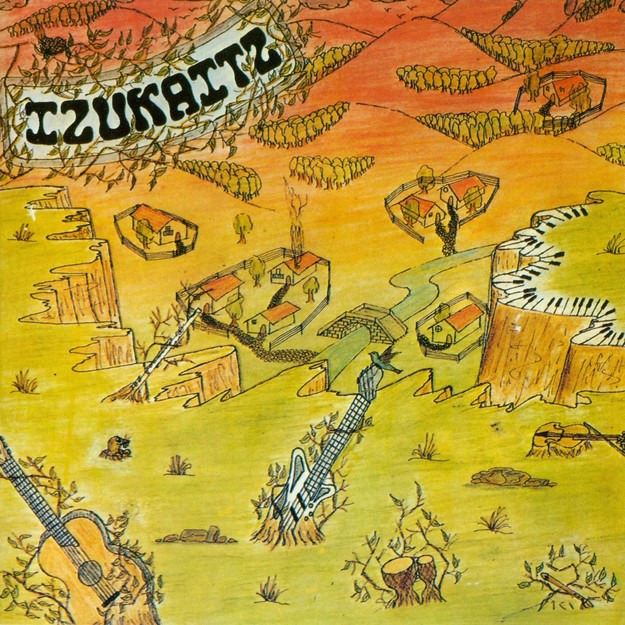 In our last Lost Vinyl Update we covered Izukaitz' second album, Otzoa Dantzan. This is their first. Again, this was originally released on the Elkar label, which seemed to specialize in Basque folk and folk-rock bands. Izukaitz' style fits squarely into that frame, a seven-piece featuring male and female vocals, electric bass, percussion, acoustic and electric guitars, piano+keyboards, violin, and flute. Their music seems to reach well beyond the Basque countryside and has a more general European flavor, with elements of classical woven in; the harmonies between vocalists Fran Lasuen and Masun Iturriagagoitia are rich and varied, sometimes reminding of early Jefferson Airplane or HP Lovecraft (the band). While Izukaitz does turn the electricity on, they stop far short of rock, so if folk music in the true sense is not your thing, then this album may not be for you. On the other hand, if one can appreciate bands like early Clannad, Malicorne, and similar folk ensembles with a 'full' sound, then this one is sure to please.

Ahleuchatistas - On the Culture Industry & The Same and the Other – Of all the genre labels ever devised, math rock has to be one of the most annoying. It’s an insult both to rock and to math, and seems to me borne of two mistaken beliefs. First, that math is...  (2005) » Read more