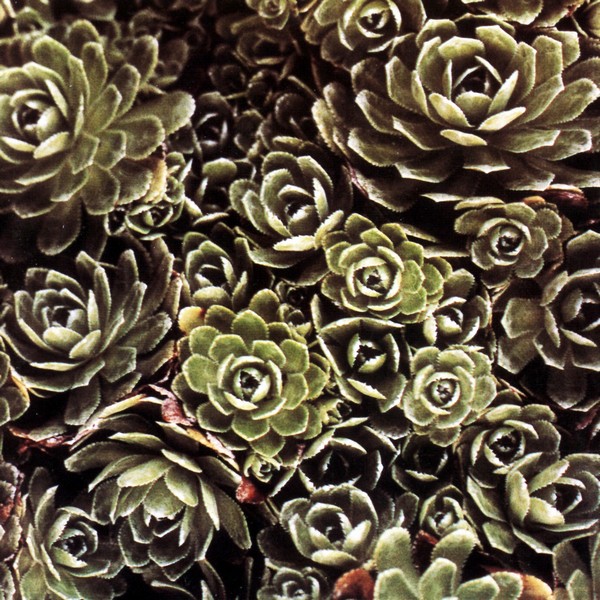 Iva is a Czech violinist/vocalist who worked with drummer Pavel Fajt on two stupendous albums (Bittova & Fajt and Svatba) before going it alone. This is her third solo work. (Caution: on her first two, there is about a 50% overlap in material between them, as there is with the two duet albums). It is ludicrous to me why she isn't more famous, especially among the crowd who follow the chamber-rock contingent: Univers Zero and all the other music descended from Eastern European composers like Bartok. I've never heard anyone make use of odd meters so gracefully and effortlessly. Surely Iva's cultural background (she is one-half Moravian, one-half Slovakian) plays a part in bringing Balkan folkloric elements to her playing. But I'm no ethnomusicologist. The way she so tastefully blends these elements with extended vocal techniques and dark, sometimes macabre lyrical imagery is absolutely breathtaking to hear. The absence of a backing band is a virtue, allowing every vocal nuance, and all the rich timbres of her sonorous violin to sparkle brilliantly. Bass and guitar would certainly obscure most of this. Besides, Iva's persona is so intense, there isn't much sonic space leftover. Ne Nehledej finds her in a somewhat more becalmed mood: the violin's presence is downplayed, while ethnic instruments, piano, and Pavel's guest drumming have crept into the mix. Furthermore she is experimenting with some ethereal textures and repetitious forms. Though I prefer her earlier, more impassioned work, I realize she has to go somewhere from there. All of her music is essential listening.

Quarkspace - Spacefolds 3 – Space-rockers from Columbus, Ohio, Quarkspace are back with volume three in their Spacefolds series. This four track EP, while rooted in traditional space rock a-la Hawkwind nevertheless manages to...  (1998) » Read more