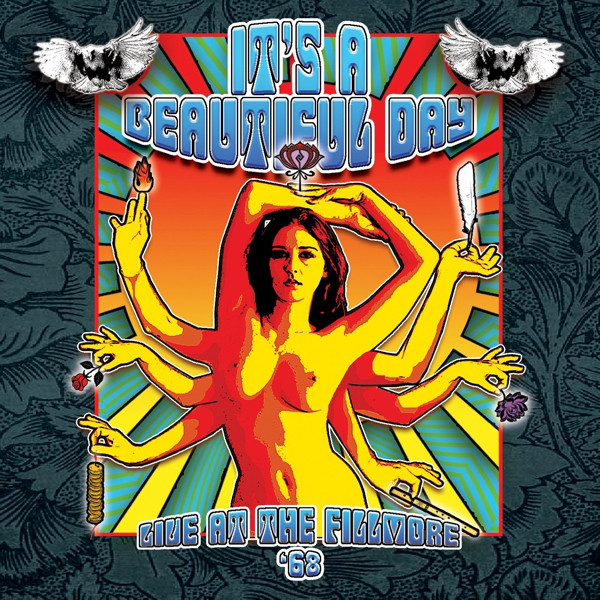 The two disc package at hand contains two very different things: a CD of the live band in 1968, almost ten months before the release of their self-titled debut album, and a documentary DVD The David Laflamme Story, which focuses on the singer, violinist and bandleader, with interviews and footage of the band playing live interspersed – mostly the current version of the band in 2012, with clips from 1978, 1980, and all the years between, plus some still images from back in the early days. It gives the viewer a good retrospective of the band’s career from the very beginning. The current seven-piece edition of the band is the longest running version with no personnel changes, and because of that probably the tightest band throughout IABD’s history, and the live footage here bears this out. The interview features guest appearances by Barry Melton (CJ&F) and Peter Albin (BBHC) plus San Francisco Chronicle music writer Joel Selvin, who give some additional perspective.

The CD takes us back 45 years to a point when the band had only been together a little over a year, and although they were becoming known in their home base of San Francisco, it would be another year before their debut album introduced them to the outside world. The material is culled from three nights at the Fillmore (May 23, 24, and 25, 1968), at a time when the band was a five-piece with no guitarist. There are early live (and in several cases radically different) versions of all seven cuts on the band’s debut album, along with three more worthy numbers (“Changes,” “Countryside,” and “Love for You”) that never made it to any album. For recordings that were never intended for release, the quality is very respectable. This writer has heard the original bootlegs of all three shows that these cuts were taken from, and a lot of clean-up work has been done to improve the sound. All taken this is a welcome addition to the It’s a Beautiful Day canon; one can only hope there are more early recordings from this era that will find a release in the future.