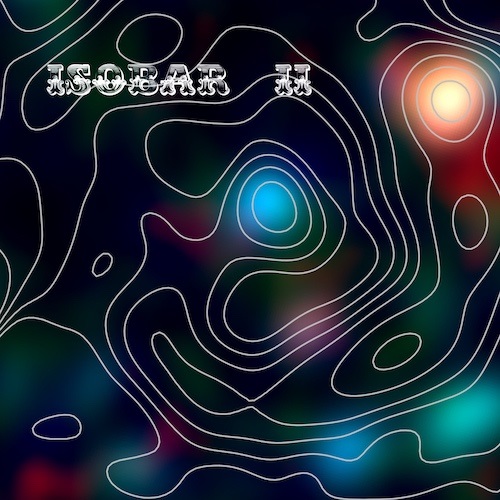 Needless to explain, this is the second album in as many years by the San Jose, California instrumental group Isobar, formed by three ex-members of Metaphor — bassist Jim Anderson, guitarist Malcolm Smith, and keyboardist Marc Spooner. As with their first eponymous album, released a little over a year ago, drum duties are handled by none other than Mattias Olsson (Änglagård, White Willow, Necromonkey, The Devil’s Staircase, and many others), clearly one of the best drummers in all of Scandinavia, who is technically a guest player with Isobar, but he appears on every cut. The writing is shared by the three primary members, powerful and very adventurous compositions that clearly entail the defining attributes of the best in progressive rock. The eleven tracks here may sometimes find occasional comparisons to bits of proggy things one may have heard before, but their compositions are very original, and not particularly influenced by any single artist before them, and their lush arrangements are often quirky and unusual, though brimming with energy. The first three or four cuts seem to be a bit more keyboard dominated, but with “Zed the Exhaler” we begin to hear more guitar crunch, a superb six-minute workout of constant changes and shifting ideas that rarely repeat unless there’s a very good reason for it. And it must be said, their music isn’t built on flashy rock soloing, but instead on complex compositional elements that truly engage the listener, a style that will take numerous repeat listens to begin revealing itself. With a variety of keyboard and guitar tones at their disposal, they make a song like “The Suppressor of the Archives” perpetually interesting as it shifts and twists through a labyrinthine sonic world of amazing changes. The band employs guest players on trumpet and saxes on this track or that, offering some additional variety in the arrangements, though some sounds like flute are used as well, likely from a Mellotron or facsimile thereof, all from Spooner’s vast keyboard arsenal. This is one of those albums that you can’t help but want to play over and over again, and Isobar is one of the few so-called prog bands that’s truly moving the ball forward, as opposed to aping the sounds of yesterdecades.