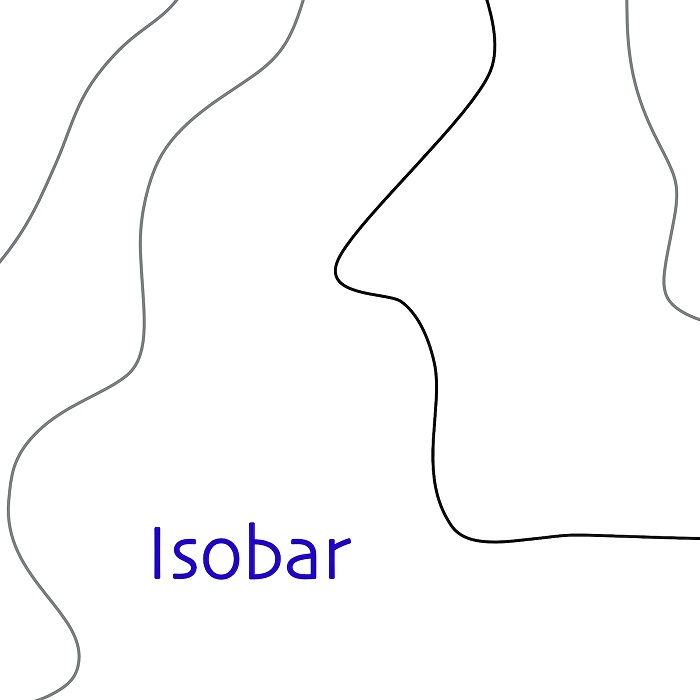 Isobar: an isogram (meteorological map) connecting points having comparable barometric pressure at any given time. It’s also the name of a new instrumental progressive rock band from San Jose, California. After four excellent releases over a twenty year period culminating with 2018’s The Pearl, guitarist Malcolm Smith decided to retire Metaphor, figuring the band had run its course, and move on to something new and different. Smith brought along two of his former bandmates — keyboardist Marc Spooner and bassist Jim Anderson — and dispensed with vocals altogether; Isobar was born. The band still needed a drummer, and who better than Sweden’s Mattias Olsson (Änglagård, White Willow, Necromonkey, Kaukasus, The Devil's Staircase, and many more endeavors). In addition, there is a big role for horns in Isobar, and two different horn sections, track depending, are guesting here: Lonnie Cory (trumpet) and Tony Abena (saxes) play on three of the cuts, while Evan Weiss (trumpet) and Ben Bohorquez (saxes) play on six others, leaving four tracks with no horns, thirteen pieces in all. First and foremost, the listener should know that Isobar sounds nothing like Metaphor. With the exception of the nine-minute “AP Alchemy,” all of the songs are in the three to six minute range, although several of them seem much longer due to an endless series of changes, twists, and shifts that ratchet up the complexity factor, in kind with the spirit of the best progressive rock, though without sounding much like any other bands out there. Throughout, the role of keyboards is very prominent, though Spooner’s style is integral to their compositions and sound, not a solo show-off deal, in fact there aren’t that many solo spots of any kind on this album at all, every player seems dedicated to the overarching compositional integrity, and they are all the better for it. The album closer, “Isobars,” shows how well the horns are integrated into the group’s sound, while the opener, “Weekend of Mammals,” is a powerful slice of jaw-dropping prog that goes through several distinct sections before its conclusion at just over four minutes. “Major Matt Mason” is a guitar-driven piece with a strong bass line throughout, though in the breaks they utilize a number of wildly different keyboard sounds, sometimes all in the same measure. “Dinner Ain’t Ready” pushes a strong groove based sound amid a number of stop and go switchbacks and blasts of brilliance. At six and a half minutes, “Dinky Planet” makes for impressive rhythmic fun, with a never-ending parade of powerful meter shifts overflowing with tasty complexity. There’s plenty here to entertain and impress the most discriminating prog listeners.

Tony Scheuren - Gaining on You – Scheuren began his recording career back in the late 60s with the band Chamaeleon Church, and was later, along with Ted Myers, one of the principal songwriters in the final edition of Boston based...  (2003) » Read more