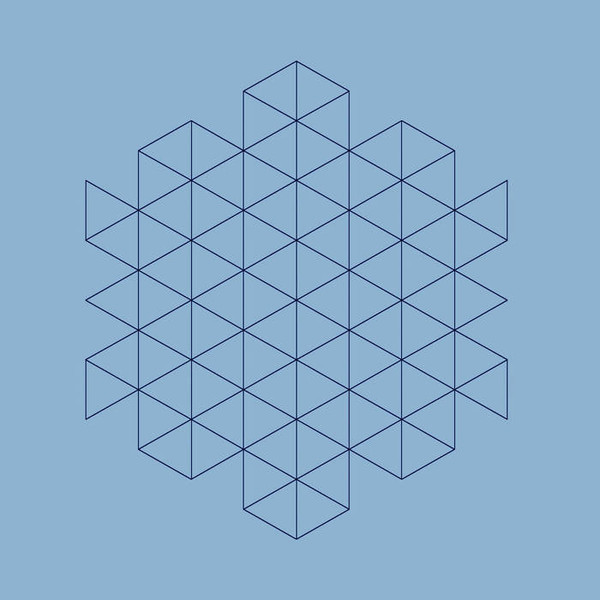 It's a little hard to believe this amazing collection of electronic pieces didn't receive a wider release (although a wider release for Ishq usually means 100-150 copies). Aquaphonics is the latest of five small limited-edition boxes based on six mini-CDRs and a series of photographs (and also released on Bandcamp). On Aquaphonics you get an approximately 20-minute piece on each of the six discs and they are all phenomenal works of analog-dominated electronics. Much of this music is experimental and very reminiscent of the work of Conrad Schnitzler, but Ishq also regularly steers into more inside territory that is quite informed by Schnitzler’s other contemporaries.

"Biosymetry in Aquatic Life" spends some time in Rainbow Dome Musick mode with all sorts of shimmering sequencer lines and deep drones. The evocative "A Million Miles Below" unsurprisingly brings Edgar Froese's classic Aqua to mind in its quieter moments with all the bubbles and tones like light fading in oceanic depths. The piece travels through wonders like a submarine in a Jules Verne novel, sequencers will pop up urgently and fade down, weird signals bleeping like sonars, huge cavernous drones floating out and away. "Undersea Etherium Dreamride" often combines watery tones and low drones with more Froese (or in this case Schulze) like effects. Sounds pass panoramically across the center in all sorts of tones and speeds and the empetus forward moves from implied to overt. Brighter tones start to emerge and then mutate. Every event is a delight.

"Enter Bluedelic Wavespace" should probably just get the thumbs up for the title, but it continues the aquatic adventure in fine form, mixing up the pace by introducing a somewhat tribal rhythm after a wet, eerie opening. By around the halfway mark, it goes into full-flight Berlin school sequencer mode, and rather nicely too. The glorious big chord swells at the end see it out beautifully.

"Submarine Space Time" empties out into the vast cosmos, perhaps something of a crossover with one of the other sets like Ufonics or Radiophonics. This is dyed-in-the-wool space music here, vast sustained chords over which all the best effects come out, swirling and sweeping out until a sequencer starts to build. It would all seem familiar except the attention to tone and timbre really sets this apart from its influences; there just seems to be a real deep attention to research here. Later it gets spacey and industrial in a mix I've generally only heard from the Interstellar Cementmixers.

Finally there's "Neptune Oracle Moonbeams," which features quite a bit of odd space nice and chaos over a more modern pulse. This calms down into some more series of floaty chords start to drift up and fade out. And then the waves finally carry us out.

Aquaphonics is rich and eventful, with elements from a number of schools of electronic music, but largely locks everything down through some of its German influences in atmospheric chords, sequences, and rhythms and especially the whole analog playground of it all. It's the equivalent of a double CD in length, but it's actually kind of fun just checking the pieces out on their own as each one is a total gem in its own right. To my ears this is a modern classic work of e-music, but it mostly makes me wonder what else I haven't heard.