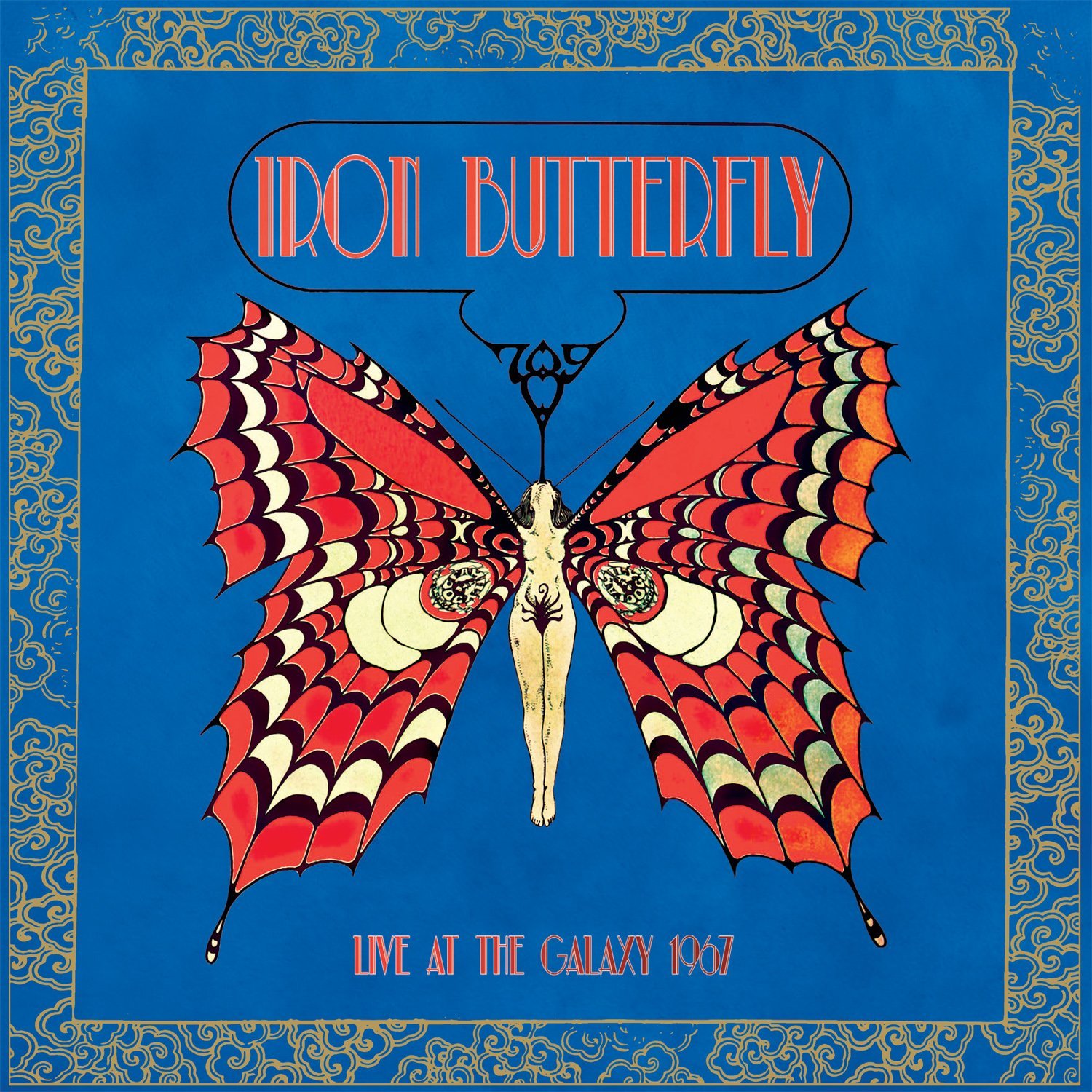 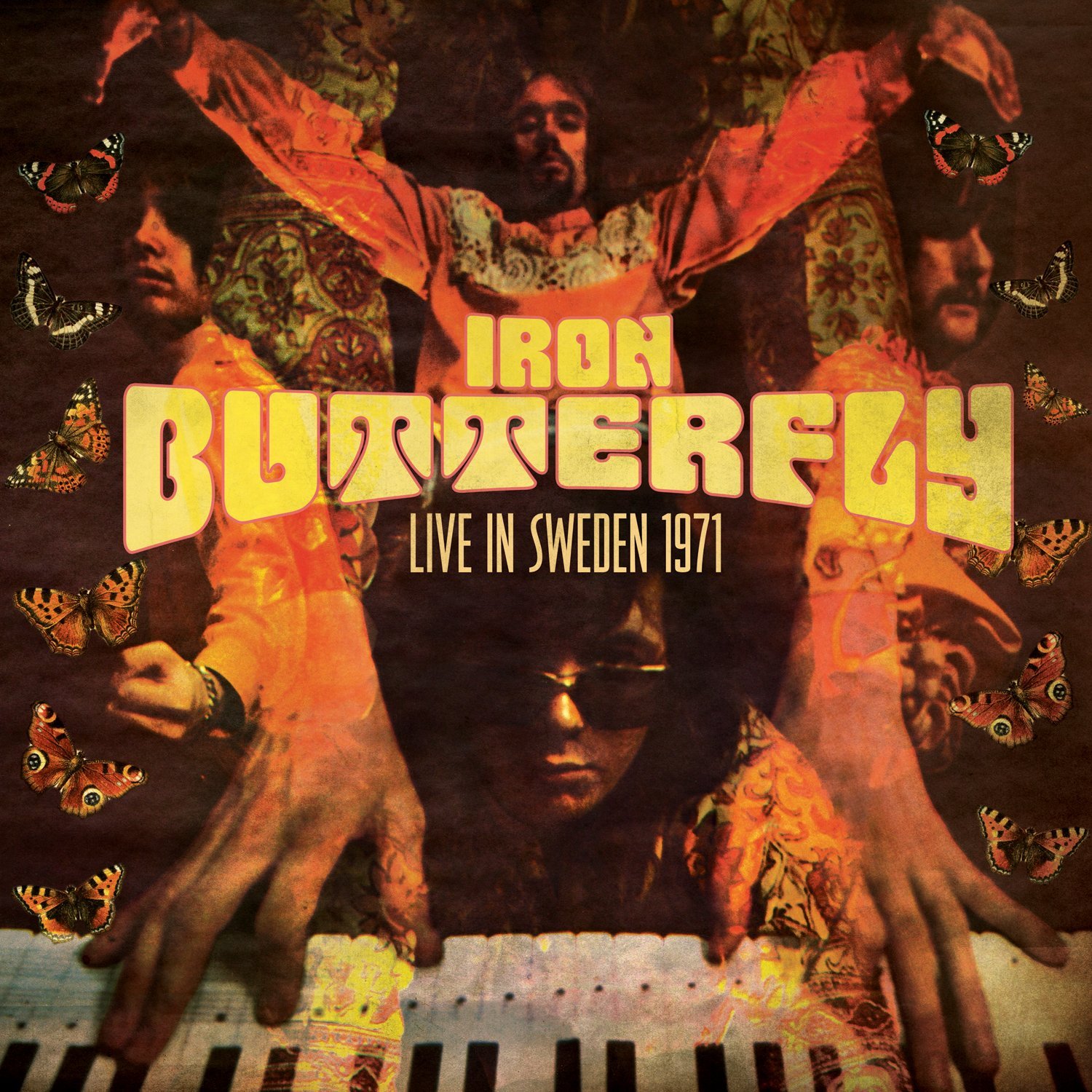 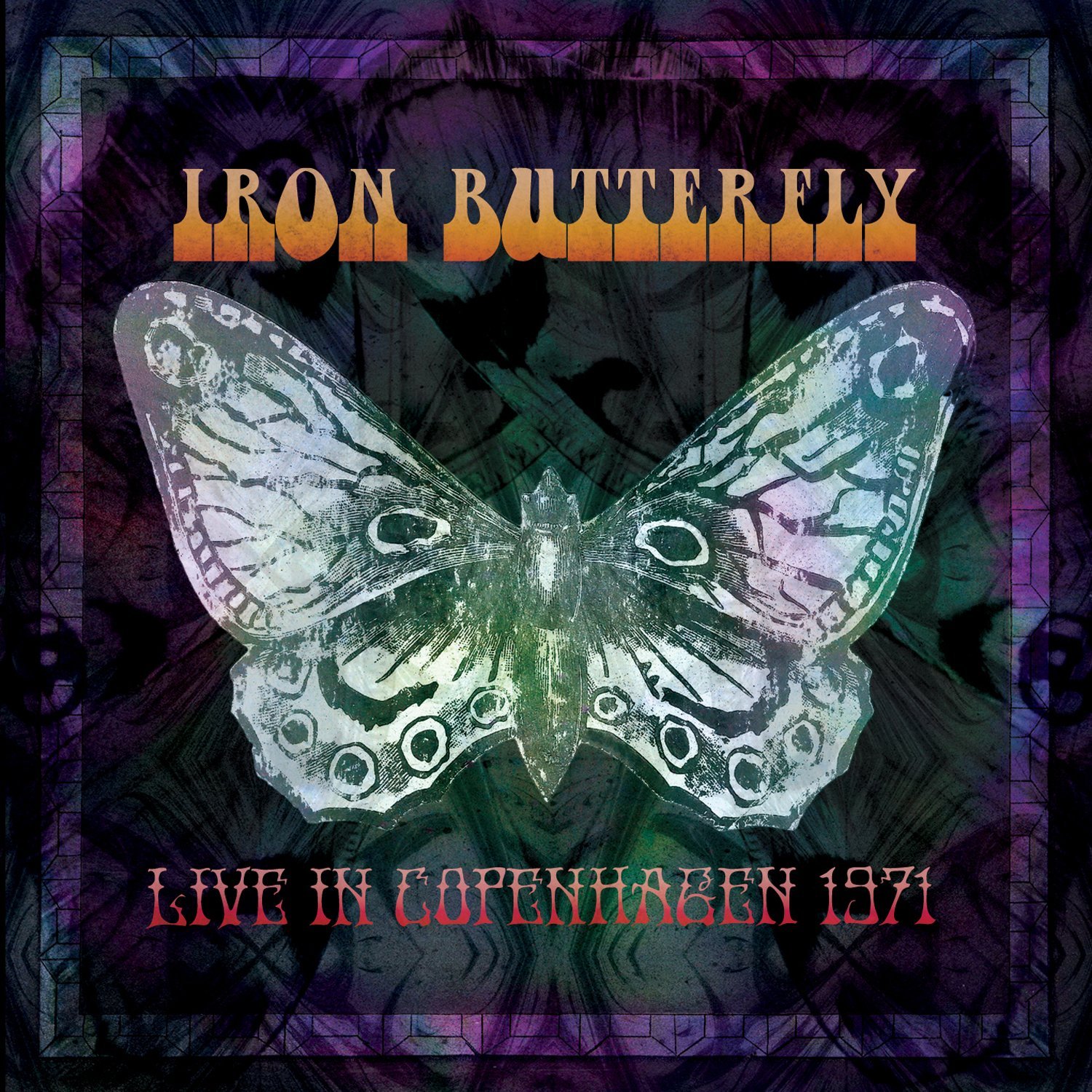 Before one considers these three recently released live archives on Cleopatra’s Purple Pyramid imprint, it would be worth a moment to examine the other live Iron Butterfly releases that have come before it. While the LP simply entitled Live was the first, recorded on the tour following the Ball album, it does include three excellent live cuts culled from that album, but also features a full length “In-A-Gadda-Da-Vida” on its second side that sounds relatively uninspired in comparison to the better known studio version. Far more engaging, and an excellent recording to boot, is the Fillmore East 1968 set put out by Rhino Handmade a few years ago, which documents the four-piece version of the band in four shows over two nights in April ’68, following the release of the band’s debut Heavy, and prior to the recording of In-A-Gadda-Da-Vida, of which the title track at that point in time was far less than an album side, still evolving into what it would eventually become. This two disc set is the standard to which we measure these three newer archives.

The earliest of these is Live at the Galaxy 1967, not the best recording but certainly the most interesting of them all. This show was on July 4th of that year during the original five-piece band’s residency at the Galaxy club on Sunset Boulevard in Los Angeles. The band had recorded their debut album around that time, but since the five-piece split up shortly after the recordings were completed, the release was held up until organist Doug Ingle and drummer Ron Bushy could put a new band together and started gigging again at the beginning of ’68. The early single “Evil Temptation” is here, plus two more cuts that never found their way to any studio album. Also curious are early live versions of three songs – “Real Fright,” “Lonely Boy,” and “Filled with Fear” that wouldn’t show up until the band’s third album Ball in 1969. From the first album we have “Possession,” the should-have-been-a-hit “So-Lo,” an absolutely killer version of their signature “Iron Butterfly Theme,” “Fields of Sun,” “You Can’t Win,” and “Gentle As It May Seem,” the latter two along with “Real Fright” featuring the raw and snarly vocals of original singer Darryl Deloach, which were toned down considerably on the studio release of Heavy.

Fast forward five years. After reaching the heights of success as a four piece, the band is again in a five-piece configuration with new guitarist Larry “Rhino” Reinhardt and vocalist/guitarist Mike Pinera, their fifth album Metamorphosis is on the charts, and a European tour is underway. The remaining two archival sets at hand, Live in Sweden 1971 and Live in Copenhagen 1971 were recorded only weeks apart on the tour, the first being only a partial set (only two songs in fact – “Buterfly Bleu” and “In-A-Gadda-Da-Vida,” both reaching toward the 25 minute mark) recorded at the Konserthurste in Goteborg, for a local radio station. The latter is the final date on the tour, a less pristine mono recording, but it does capture the complete set, which includes the two aforementioned sidelong cuts, four of the shorter songs from the Metamorphosis album, and a closing ten-minute jam with members of Yes, a then up-and-coming British band that Butterfly shared the bill with on that tour. Because the Live in Sweden 1971 album only contains two songs, long as they may be, Purple Pyramid included three impossible-to-find singles by the band: “Possession” and “Evil Temptation,” (an instrumental B-side) – both by the first edition of the band circa 1967, and “Don’t Look Down on Me,” a non-LP single released in 1971, none of which have appeared on CD before. So there you have it, three collections of previously unreleased archival material; all are excellent sets of supplemental material for the listener that wants to go beyond the five official IB releases from this period.