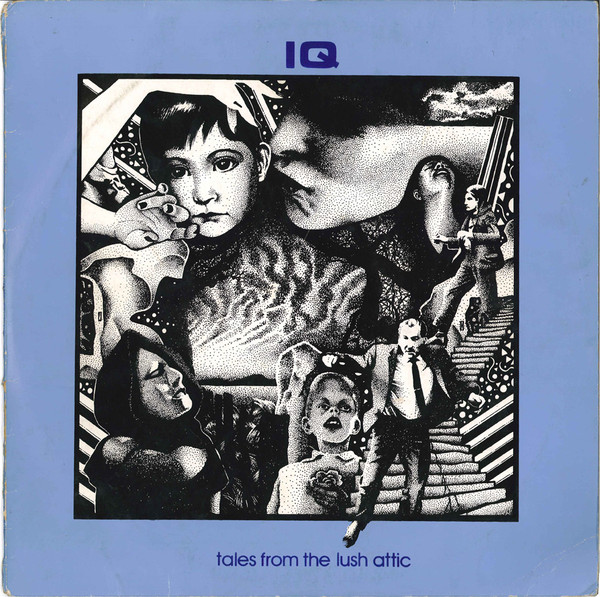 I would think most people count this as IQ's debut album, even if there was a previous cassette release, but though it's an album I've known for a really long time, it's a recent addition to my third tier. It's one of two albums in this tier from the early 80s English progressive rock revival, the Marquee scene if you will, a period that had a really short window before all of the major bands (Marillion, IQ, Pendragon, Pallas) took a stab at the big time with perhaps only the former having any sort of artistic or commercial success with it. But in terms of long-term survival, I think you'd have to give that medal to IQ who are still, to this day, putting out great symphonic rock albums (in fact the last one is one of their career best). Anyway, before all of that there was a little window where punk rock and progressive rock kind of had a funny tussle, ending with a small group of bands who had the energy and conciseness of the former with the style of the latter and in my opinion for a little while it worked really well. In fact this is what I think of when I think of Mellotron choir sounds because it is (Ahhhhhhhh!!!) a tape (Ahhhhhhhh!!!!!) that's all over this album, and it's glorious. It opens with a side long epic, starts side 2 with a couple mini epics, then a piano solo with a funny name, and then a pretty close-to-side-long epic at the tail end. The lyrics had a great deal of sadness and melancholy to them but it always felt like these turned to hope at some point, like a trip on through the underworld and out. I think most might prize their next album, The Wake, a little higher, and in many ways I'm not sure I'd argue with it, as it too is great, but there's something so primitive, so against the tide for its time, and so nostalgic about Lush Attic that it still remains my favorite IQ album.