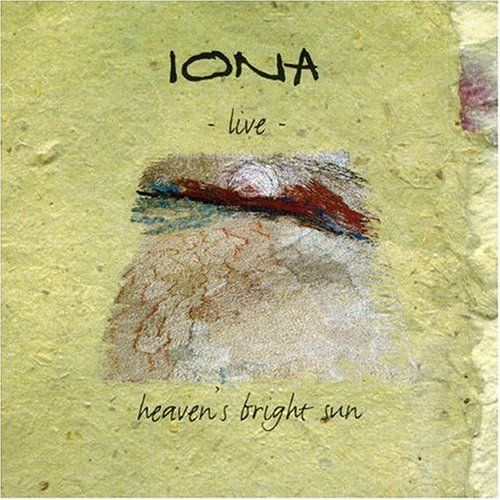 Iona have lately been receiving a lot of attention from the prog community, particularly due to their association with such luminaries as Robert Fripp and Rick Wakeman. But that is not to say that this group is not accomplished in its own right which this two disc live performance aptly demonstrates. For those not yet familiar with Iona, Heaven's Bright Sun is an excellent way to gain some insight into this superb group as it draws from their debut, Iona, through their latest release, the excellent Journey into the Morn. Iona really operate on the periphery of what is traditionally considered progressive rock, being more of a Celtic symphonic pop group, not unlike the current incarnation of Clannad. The similarities with Clannad go further since Iona also features a female singer, Joanna Hogg, and features some superb support playing, particularly from guitarist Dave Bainbridge. In Joanna Hogg, Iona have a singularly talented and powerful vocalist who is clearly the focal point for the audience when she is present.

Heaven's Bright Sun shows off Iona's two identities: disc one leans more toward their pop side ("Treasure," "Flight of the Wild Goose," "Today") while the second disc offers up the band's more proggish tendencies ("Heaven's Bright Sun," "Bi-Seimo Shuil Pt. 2"), both faces imbued with a strong symphonic Celtic foundation. And while many of the topics that Iona deal with are Christian in nature, the music is ultimately the master and never does the message intrude. If anything, Iona use their faith as inspiration that infuses their music with a particularly intense spirituality. And whatever the listener's individual spiritual bent may be, Iona's energy is infectious. This is a band you just want to love, even more so live.