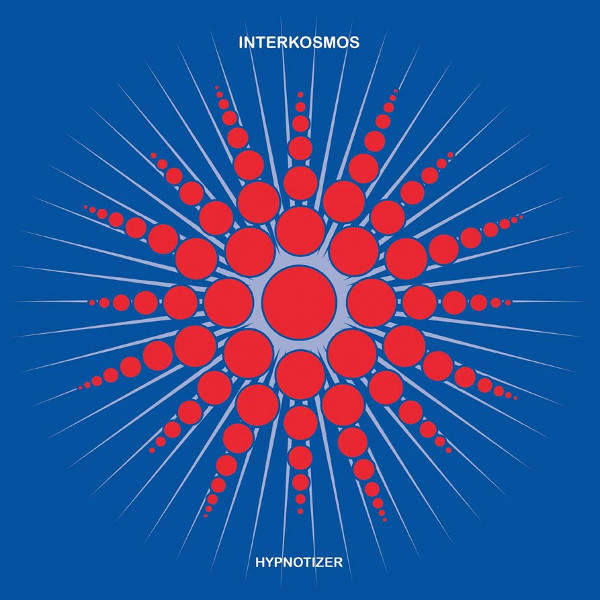 Interkosmos is an intergalactic band consisting of Sergio Ceballos (guitar and FX), Pablo Carneval (drums), and Dave Schmidt (AKA Sula Bassana, bass, FX, and loops). They released their debut album, Hypnotizer, in 2008. Then Dave reissued it as a double LP (Pancromatic Records), CD (Sulatron Records), and download (Bandcamp) in 2016. The reissue was remixed by noneother than the infamous Eroc and includes a live bonus track with a different lineup — Pablo Carneval (drums and sounds), Sula Bassana (guitar, FX, and sounds), Sam Greil (bass and FX), and Andy Hofer (bass and FX). The six studio tracks (“Lift Off,” “Hypnotizer,” “Edentrip,” “Kosmos Amigos,” “Floatboat,” and “Rockit”) are various extended cosmic space rock psychedelic jams reminiscent of the Stockhausen-influenced abstract passages from Pink Floyd’s “Interstellar Overdrive” and ”A Saucerful of Secrets,” excellent stuff! The title track is a hypnotic slow burn that builds over its 11 minutes. “Edentrip” is particularly abstract with industrial rumblings and heavily processed scraped guitar strings. The standout tracks are “Kosmos Amigos” with its classical Spanish D-F-A sequence and “Floatboat” with its multi-tracked guitar in the same mode as Manuel Göttsching’s Inventions for Electric Guitar. The live bonus track “Samphonic Trip” is a bit different, starting out as an eerie journey into the cosmic void with processed vocal clips and developing into a strong psych jam. After about 11 minutes it turns quiet for about 30 seconds, to prepare you for the entry of strident drums, crazed growling guitars, inspired bass riffing, and a wall of sound freakout. Hypnotizer is sure to please all fans of cosmic Krautrock jams!