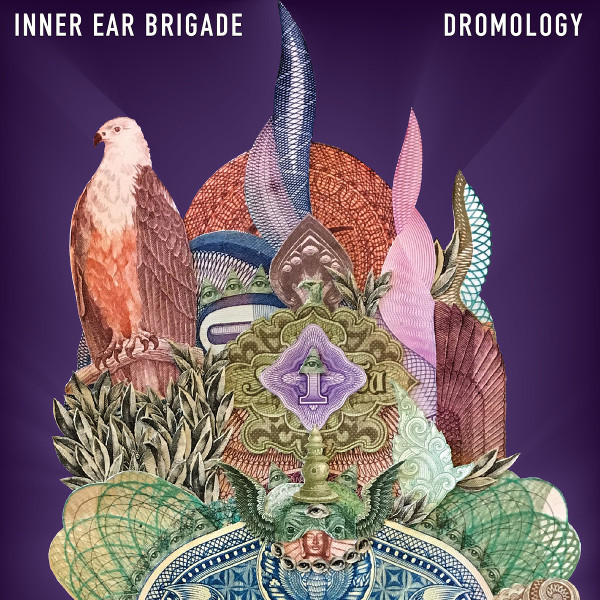 You know how some albums take time to grow on you before you appreciate them? This is not one of those albums. I loved it from the first notes that hit my ears. “Dark Sleep Fortress” jumps out with a driving beat, multiple saxophones, and an unpredictable melody sung by Melody Ferris. The music occupies an interesting space somewhere in between modern progressive rock of the post-Porcupine Tree variety or Italian revival and more overtly avant-prog like Thinking Plague. This puts them in a similar territory to Cheer-Accident. Touches of jazz often lead to a Canterbury flavor, with Ferris playing the part of Barbara Gaskin to the band’s National Health. The vocal lines are often acrobatic, and she handles the parts well, barring a few places where she has to jump to an exceptionally high note out of the blue, and it just sounds awkward. Ivor Holloway’s saxes are a big part of the arrangements, and one of the band’s best features. They appear not just providing punchy chords and the occasional solo, but playing countermelodies that weave around the vocal lines to beautiful effect. Trumpet (played by either Theo Padouvas or David Shaff) also features in these arrangements, but the saxes stand out more, as well as getting more solo spots. Bill Wolter’s guitar often takes part in these polyphonic lines, though he does also play chords and riffs at other times. Two keyboard players contribute — Eli Wallace or Andrew Vernon, track depending — with lots of good electric piano parts in evidence. Chris Lauf (drums) and Stephen Wright (bass) provide a supple rhythmic backing, with unobtrusive flourishes that fill in just the right amount without overshadowing everything else. The balance between accessibility and complexity is quite appealing, and the quality of the writing and arrangements should find fans among those who recall Hatfield & the North with fondness but aren't looking for a slavish rehash.

Frágil - Sorpresa del Tiempo – While they are relatively unknown in most of the world, Frágil must be quite popular in their homeland of Peru. Case in point: this live reunion CD from a concert in 1999, recorded with a...  (2002) » Read more