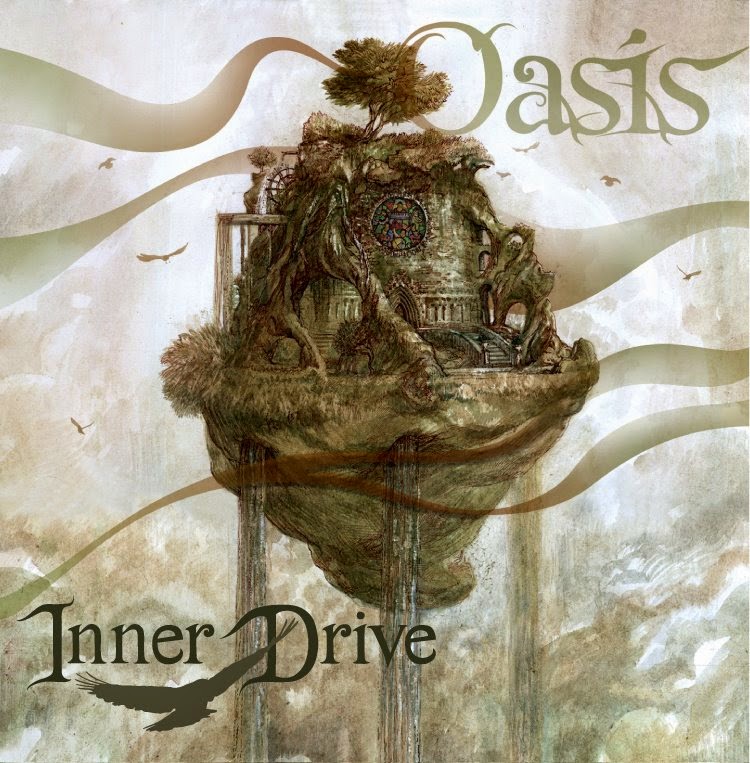 Inner Drive is a Moscow based instrumental progressive rock / fusion band led by keyboardist Sergey Bolotov, who also handles all the compositions. In fact he is the only member that appears on every track, although it appears that sometime during the recording of these ten cuts, the drummer and bassist were switched out for a different drummer and bassist, making this nominally a trio. While several more players on guitar, flute and violin appear as needed for the arrangements, track depending. Much of this falls squarely in the proggy-prog genre with some touches of jazz, folk and classical informing it. Bolotov uses a variety of patches on his keyboards, so the sound never becomes too samey, as the instruments are constantly switched around – for example flute and violin never appear on the same track here. Violinist Inna Klubochkina plays on most of the fusion styled cuts adding a very impressive Ponty-like flavor. Flutist Natalia Filatova is found on the more symphonic styled material that may be vaguely reminiscent of bands like Camel, Solaris, and some of the French symphonic style – but don’t misunderstand, Inner Drive is no knock-off, the compositions here are very original and quite impressive from an arrangement standpoint. One thing though, there is very little guitar throughout the set, in fact only appearing on two songs. That doesn’t detract from the overall power of these ten pieces, each of which stands strong by itself.

Secret Oyster - Live in the USA 2007 – And that’s the way it was! This is the NEARfest Friday show from June 22, 2007, featuring three original members (saxophonist Karsten Vogel, drummer Ole Streenberg, and guitarist Claus Bøhling)...  (2009) » Read more