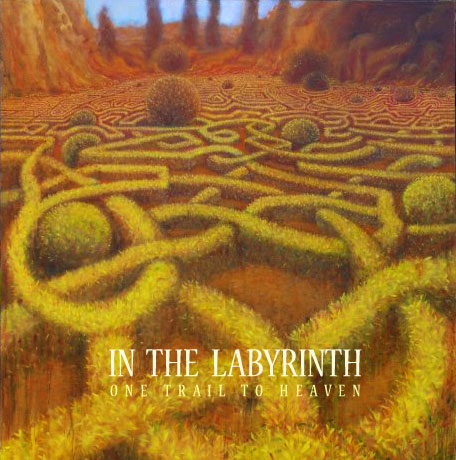 Peter Lindahl has been a working musician in Sweden since the early 70s, and has always been interested in music from places like Turkey and Egypt. Over the years he’s been part of various groups and collaborations mining this territory, and this anthology covers highlights, alternative tracks, and rarities from the three albums released under the project band In the Labyrinth between 1994 and 2002. The idea of injecting western influences into non-western folk music isn’t new, though it’s always interesting hearing a new spin on it. Lindahl (and his partner Håkan Almkvist) is clearly knowledgeable about the ethno-folk sources he’s tapping into and the instruments native to these idioms (he’s credited with playing everything from saz to quena to melodion), but does not try to establish himself as a virtuoso or purist. If anything the compositions sound a bit naïve, as if you gave a rock musician a darbouka, made them watch a couple Bollywood movies, and then commanded them to come up with something. The results frequently evoke Saucerful-era Pink Floyd, as on “The Endless City,” and Lindhahl further reveals his psych leanings on his cover of the old Moody Blues song “Cities.” Here his vocal succeeds, though the source material is hard to top, and only serves to reveal his own attempts at lyrics and vocal melodies as unremarkable. Lindahl is walking a fine line between pure ethno-folk music and progressive/psych rock throughout this collection, and while he hasn’t found a winning formula yet I hope he keeps at it.

Related artist(s): In the Labyrinth