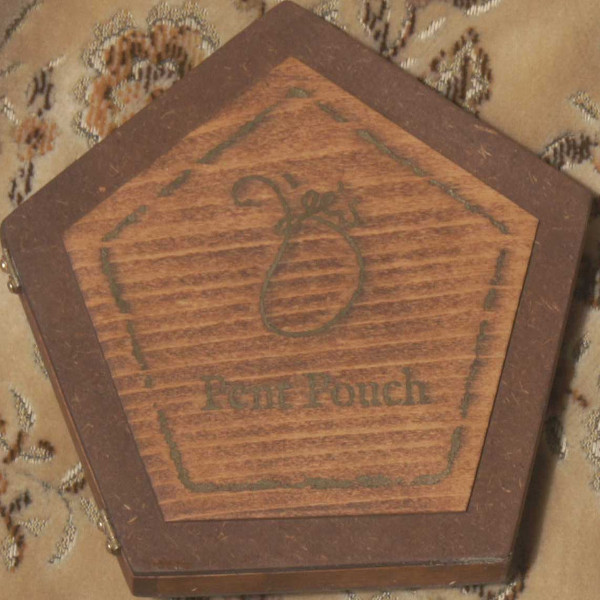 The enigmatic B’ee (AKA B’eirth) has been composing original acoustic music for the past 20 years as In Gowan Ring. In the summer of 2012 he spent several months constructing a five-sided tent (Pent Tent) in the forest behind a 16th century chateau in a rather secluded area of the Massif Central, specifically for contemplation, recording, living, and dreaming. B’ee’s Pent Pouch was recorded entirely in his Pent Tent, with limited electric power and a solar battery charger. The album was initially given out in a mini-edition of 55 copies to those people who helped fund the project. Now five years later B’ee is officially releasing the album in five variations of five-sided formats. From September 12 - 14, 2012, he recorded the eight tracks, playing green pear guitar, Indian zither, tin whistle, drum, and metal bowl, plus his vocals and ambient field recordings. The opening and closing tracks on the disc are covers of Chris Thompson’s (Manfred Mann’s Earth Band) “Dream,” sans vocals. These two instrumental tracks are slow trippy acid folk covers with drones on the Indian zither that bring to mind Popol Vuh’s Nosferatu soundtrack. The second track, “Wandering Aengus,” is W. B. Yeats' poem set to B’ee’s magical acid folk music. “Blossom Friend” is Nick Drake’s lyrics set to an alternate melody, so not quite a cover tune. In fact I prefer B’ee’s acoustic melody over the original which was only available as a demo track. B’ee had written “The Open Door of the Grand Invitation” several years ago and only played it once on that same day, so he decided to resurrect it for this project. This is a pleasant acoustic song akin to pre-Dark Side Pink Floyd acoustic acid folk. “The Half-Lumined Path” is an experimental two-minute track of footsteps in the forest, birds, metal bowl tapping, and drones. “Leaf Patches on Sidewalks” is a melodic autumnal song. And “The Moon Is Shining on My Guitar” is another acoustic acid folk tune recorded in the Pent Tent accompanied by the sounds of rain. B’ee’s Pent Pouch is a must find for all acid folk fans.