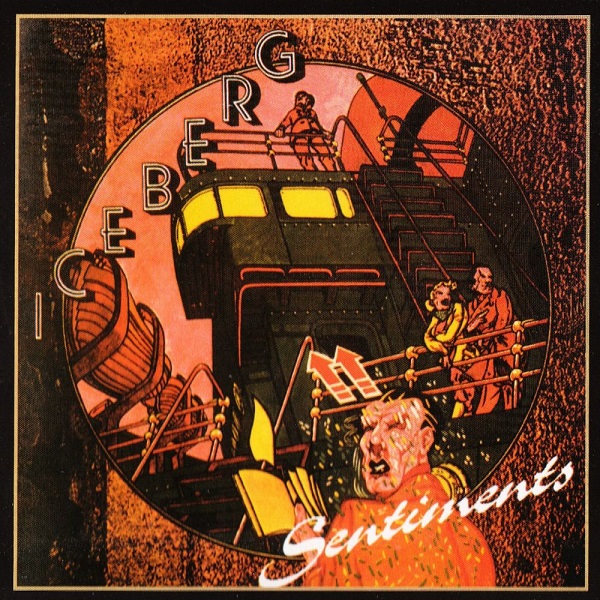 [This review was written for the 1994 reissue on Si Wan. The album has since been reissued again. -ed.]

The Korean collector Si Wan has taken it upon himself to fill the void of Iceberg CDs, beginning with the follow-up to their landmark Coses Nostres, 1977's Sentiments. While Sentiments builds upon the sound developed on Coses Nostres, it turns away from the strong flamenco influence and further explores symphonic and jazz-fusion elements through a variety of approaches. The four-piece of guitar, keyboards, drums, and bass opens this set with the scorching "Sentiments/Andalusia, Andalusia," which features some searing lead guitar sounds, some far ahead of their time. Keyboardist Josep Mas uses electric piano for rhythm parts mostly, and unleashes some very impressive leads, usually on the Moog. His interplay with guitarist Max Sunyer, whose soloing is equally impressive, is the heart of Iceberg, while drummer Jordi Colomer and bassist Primitiu Sancho constantly fill and riff underneath them. This is a hotbed of instrumental virtuosity, and only falls a tad short of Coses Nostres because the writing is a bit less consistent. But Sentiments should be recognized as being unique from its predecessor and Iceberg should be commended for pushing the band in a different (at least somewhat) direction. The reissue is clean sounding (not from vinyl, but not the master tapes either), but the reproduction of the packaging and liner notes are very hard to read unfortunately. This is a very strong reissue from the ultimate Spanish fusion ensemble, and hopefully can be taken as indication that Coses Nostres isn't far behind.