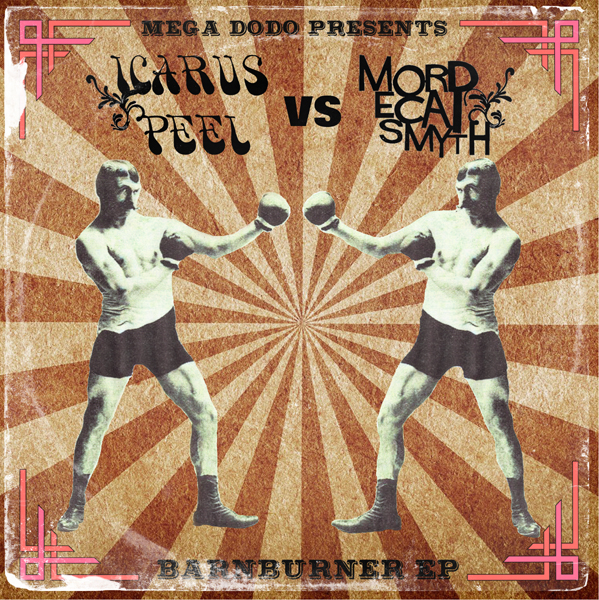 Barnburner is the new split release by two of the UK’s neo-psych proponents. There are six songs on this disc, three from each artist (Side A Icarus Peel and Side B Mordecai Smyth), though it sounds like they performed together on all of them. The disc opens with “Aunty Powders Her Nose,” a 60s-styled Brit psych-pop song with organ and phased vocals reminiscent of early Syd Barrett and Pink Floyd. The second song, “Almost Murder Ballad,” is pure Gothic psych featuring Crystal Jacqueline on vocals. The refrain is like a TV theme from the 60s. And closing Side A is “Crystal Jacqueline,” a love song/ode to Ms. Crystal with elements of a Jimi Hendrix type ballad. Quite an enjoyable song. Side B opens with “Out in the Stars,” a soulful and funky psych song evoking comparisons in my head to the Animals or the Kinks. Next is “Plastic People.” I immediately thought of Frank Zappa, but the only comparison is the subject matter. I’m not so sure that the sentiment is still relevant in today’s world, but the song is great. The disc closes with “Drifted Along,” another slow lysergic mind trip using Mellotron strings. Barnburner is a great introduction to this new wave of Brit psych. This is a limited edition disc on blue vinyl, but you can purchase and download the music from Bandcamp and still enjoy it even if the vinyl sells out.