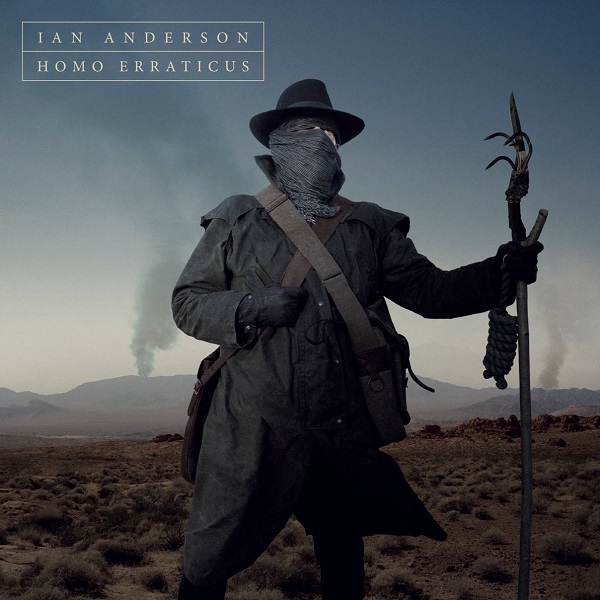 At this point in history, the difference between and Ian Anderson album and a Jethro Tull album is more or less irrelevant. All those years when fans ridiculed the uninformed for calling that crazy-eyed flute-player "Jethro" seem pretty distant; only the absence of Martin Barre separates Homo Erraticus from really being a Tull album, and even Barre wasn't on every single release using the Tull name. Anyway, 2014 sees Mr Anderson again "collaborating" with Gerald Bostock, the fictional poet responsible for the lyrics to Thick as a Brick. This time out, Bostock takes as his subject the entirety of the history of the British Isles, from prehistoric times into the future. Unlike the original TaaB with its two side-long tracks, this album is divided into individual tracks, 15 of them, ranging from under a minute to over seven in length. But the entire album does function as a whole, and there are recurring themes holding it together. Somehow Anderson has managed the trick of writing music that hearkens back to the classic mid-70s Tull sound without sounding dated. His acoustic guitar and flute figure prominently in many tracks, as do the electric guitar of Florian Opahle and the keyboards of John O'Hara, both of whom would have fit seamlessly in the Tull of decades past. Opahle's guitar is maybe not as inventive as Barre's, but he acquits himself admirably, and contributes some great playing both as accompaniment and in a lead role. All in all, I can see no reason why a fan of Jethro Tull would dislike Homo Erraticus, and it sounds fresh enough that novices could well enjoy it and find it an entré into the band's massive oeuvre — even though this isn't really a Jethro Tull album. Call it what you like, it's excellent stuff.