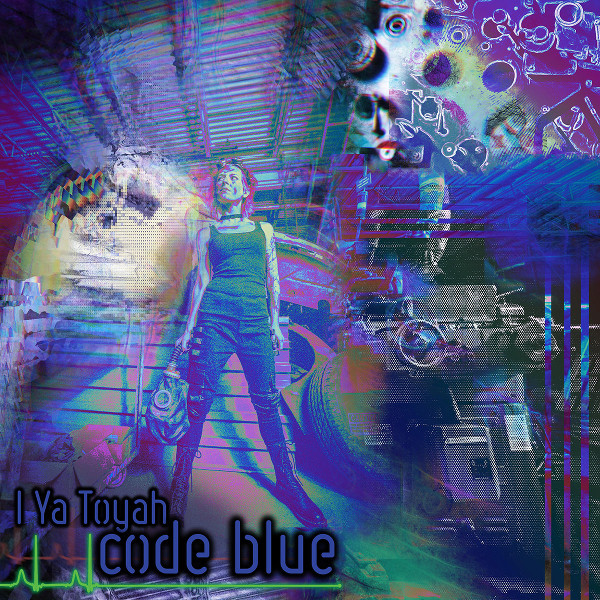 Listening to the debut album by I Ya Toyah, I was first struck by how catchy the tunes are. Her music is often described as “electronic / industrial,” which leads me to expect something harsh and gritty, but these ten songs are quite accessible, though not without a level of intensity. She has a very strong voice, and uses it to great effect, backing it mostly with synthesizers and programmed drums, though guitar does show up. Her singing sometimes reminds me of Anneli Drecker of Bel Canto, and some of the synth sounds bring to mind recent recordings by Gary Numan. Fortunately, I Ya Toyah gives us more variety in sounds, moods, and tempos than Numan has of late — I’ve found his last few albums very samey from track to track. The title track is a great intro, with a build-up from rhythmic sequencers to a killer bass line on a buzzy synth. Another comparison would be what Eurythmics could have sounded like if they hadn’t turned from electronic music to more mainstream sounds. On “Rebel” I think a little of Ruby — something about the way the percussion is programmed in conjunction with the singing. In all, I find Code Blue to be engaging and enjoyable, and while it doesn’t aspire to the avant-garde, it has enough quirks to set it apart from legions of less talented solo artists.

Related artist(s): I Ya Toyah