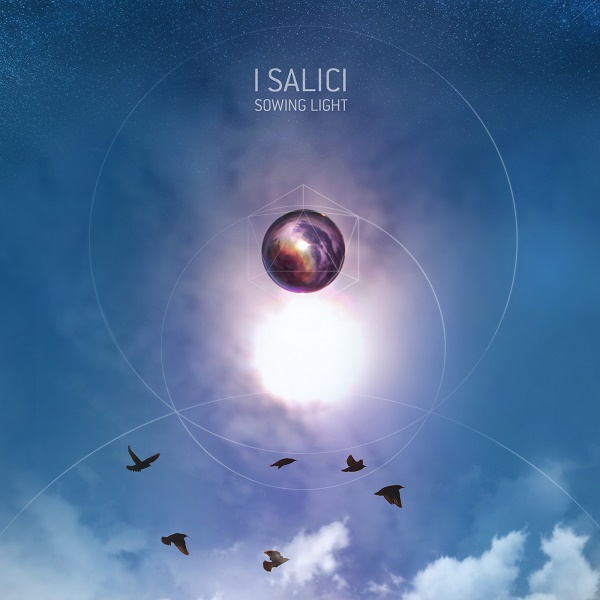 Sometimes being disoriented is a good thing. Case in point is this eclectic release by Italian band I Salici. It starts out with “Ocean’s Outshine,” which sounds like progressive rock with a bit of cinematic post rock added in, with a slight hint of jazz courtesy of a trumpet. The second track is a jangly folk-rock rave-up called “Fernando” with some psychedelic touches. Then there’s mid-tempo folksy tune with a catchy melody and nice accents on trumpet, followed by “Got a Clock,” which starts quietly and features the boing-boing of a jaw harp. And so it goes, each track introducing new elements and variations of style. But it all holds together — certain factors remain constant, such as the lead vocalist, the use of trumpet, and something about the way the guitarist plays. The crazy track called “Bee Bop” really drives the whole thing over the top, with an insistent beat, fuzz bass, and freakout guitar. Some things that come to mind are Strawbs (around Bursting at the Seams), PFM (Jet Lag), and Mono (for some atmospherics and the way some pieces build up from quiet to loud). In short, I Salici sound like no other band, and exhibit a true progressive spirit even if most of their music isn’t really progressive rock in a conventional sense.

Daevid Allen Trio - Live 1963 – The fruitful seeds of the Canterbury sound have always been traceable back to the Wilde Flowers. So what if a valid live document of beat poetry just happened to suddenly surface as part of Rob...  (2005) » Read more